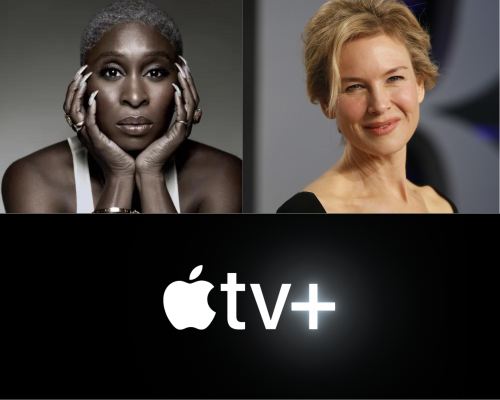 Raising Wild, a thriller series is currently under development in Apple TV+ with Cynthia Erivo playing the lead. Working with her are Renée Zellweger and Erivo, who will be serving as executive producers of the series. They are yet to reveal more updates regarding the series.

The series centers on Erivo, a neuropsychologist who is wanted for fraud, kidnapping, and murder. Her public fall from grace will be questioned, raising the possibility that she was the victim of a dark conspiracy or that she poses a serious threat to the government and society.

Damian Kindler, who previously worked on the acclaimed TV show American Gods, will serve as showrunner and executive produce the project alongside series creator Amber Alexander. Along with acting in the show, Erivo will also be executive producing Raising Wild with Solome Williams, Stacey Levin, Steve Stark, Carmella Casinelli, and Anthony Mastromauro. MGM and Identity Media will produce.

Erivo is understood to be leading as a neuropsychologist wanted for fraud, kidnapping and murder. Throughout the series, her public fall from grace will have question marks hanging over it, whether she was the victim of a dark conspiracy or is a grave danger to the government and society.