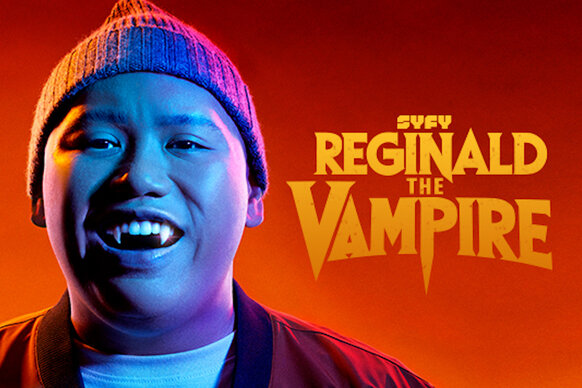 SYFY released the official trailer for “Reginald the Vampire,” a comedy series that marks the TV debut of Jacob Batalon (famously known as Ned in the Spiderman trilogy). Catch its season premiere on October 5 at 10:00/9:00c.

It follows the story of Reginald. He is an average guy stuck in a dead-end job at a convenience store. One night, he was bitten and turned into a vampire, marking the start of his struggles with living his day-to-day life and dealing with his new set of problems because of vampirism.

About Reginald the Vampire TV Show

Imagine a world populated by beautiful, fit and vain vampires. Reginald tumbles headlong into it as an unlikely hero who will have to navigate every kind of obstacle – the girl he loves but can’t be with, a bully manager at work and the vampire chieftain who wants him dead. Fortunately, Reginald discovers he has a few unrecognized powers of his own.