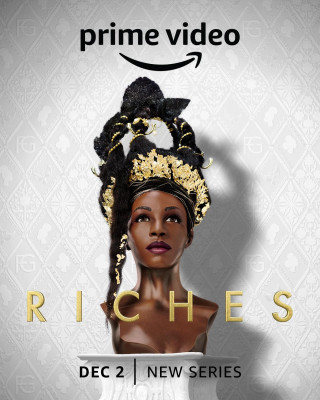 The plot centers on the Richards family, a fashionable and successful family. As Stephen Richards passes away unexpectedly, his children create a conflict to take exclusive control of the company. With them having their own sets of competing ideals and objectives, it shatters the family’s life.

The show was commissioned by ITV. It is a production by Greenacre Films in collaboration with Monumental Television. Executive producers for Greenacre Films include Nadine Marsh-Edwards, Amanda Jenks, and author/creator Abby Ajayi, and executive producers for Monumental Television include Alison Owen and Alison Carpenter. Yvonne Francas produces Riches, with Sebastian Thiel, Ajayi, and Darcia Martin directing. For Greenacre Films, Banijay Rights will be in charge of handling international distribution.

Riches follows the exploits of the stylish, privileged, super-successful Richards family. When Stephen Richards (Hugh Quarshie) passes suddenly, the family’s world comes crashing down. As his business hangs in the balance, his different sets of children are about to collide as they vie for control.