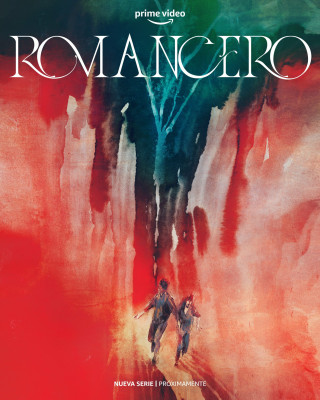 Prime Video announces the upcoming Spanish original Romancero as a new addition to their slate of horror series. It will be a six-part series with half-hour-long episodes. Sasha Cócola and Serbian-born actress Elena Matic will star in the series. On-location filming is already taking place in several locations in Almería, while interiors will be filmed in Madrid.

Romancero follows Cornelia and Jordan as they escape “the force of law, powerful supernatural monsters, and themselves.” It is set against a harsh and desert-like Andalusia, as real as it is mythical, during a nightmare night plagued by demons, witches, and those who drink blood. The cast includes Ricardo Gómez, Guillermo Toledo, Belén Cuesta, and Julieta Cardinali. Also, the series includes a guest role for Alba Flores.

Navarro and Pea claimed to have drawn inspiration from comic books, Gothic literature, and folktales about witches, ghosts, and other monsters. Also, it draws inspiration from Federico Garcia Lorca’s poetry and esotericism to inform the show.

“Romancero is one of the most ambitious 100 Balas productions, a fantastic genre tale, which will entail a very significant level of post-production and special effects, as well as some incredible locations in Almería,” said Alejandro Florez, General Manager of 100 Balas.

“Romancero is an excellent example of how we create our international originals; featuring the very best emerging talent both in front of and behind the camera, with a clearly local story narrated by a creative team at its best,” said James Farrell, Head of International Originals, Amazon Studios.

Romancero follows Cornelia and Jordan, as they flee “the force of law, powerful supernatural creatures and themselves,” framed within “within the backdrop of a desert-like and cruel Andalusia, as real as it is mythical, during a nightmarish night plagued with demons, witches and those who drink blood.”
Navarro and Peña said they have drawn inspiration from comics, Gothic literature, tales of witches, ghosts and creatures, the poetry of Federico García Lorca and esotericism to inform the show.