Are you searching for 1899 TV series news? You’ve come to the right place!

Get all the latest information on the 1899 new tv show here at newshowstv.com. 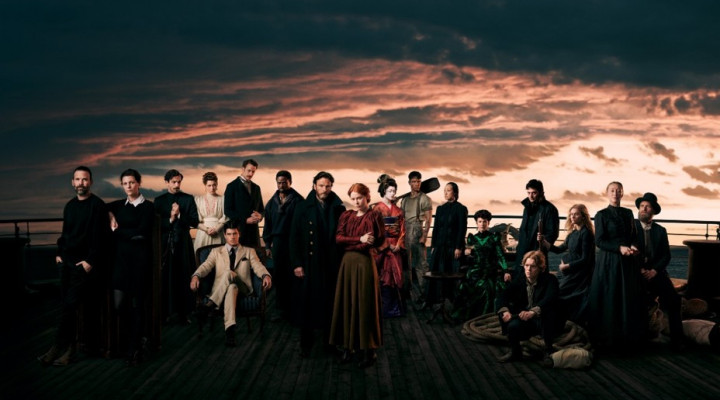 Whether 1899 is ultimately cancelled or renewed for Season 2 will be revealed, but one thing is for sure, 1899 is on our new and 2022 upcoming TV shows list!

Writer, producer and showrunner Jantje Friese quotes: "1899 is a truly European series with characters from various countries speaking in the language of their origin. We feel very fortunate to have found amazing talent from all over the world to venture into this exciting journey with us."

Filming will take place in a newly custom built virtual production stage. The largest LED "Volume" of its kind in Europe, it unlocks the ability to capture a significant amount of complex visual effects shots in-camera through virtual sets and locations created with game engine technology. Owned by DARK BAY, a dedicated company set up by DARK WAYS and Studio Babelsberg with Netflix backing, the cutting edge virtual production stage will be permanently situated at the long-standing Babelsberg Studios, outside Berlin and provides content creators with new and innovative ways of creative storytelling.

Director, producer and showrunner Baran bo Odar about the DARK BAY virtual production stage: "Partnering with Netflix enabled us to bring our vision behind1899 to life. Thanks to their upfront support and commitment we were able to build the Volume, making 1899 a pioneer title for Germany and the region. The infrastructure is a cutting-edge innovation for the German production landscape and could also bring enormous creative benefits for filmmakers and creatives worldwide."

Rachel Eggebeen, Director EMEA Netflix Originals, adds: "We are extremely happy that we could support Jantje and Bo in finding a perfect solution for their creative vision for 1899. The virtual production stage infrastructure will create new opportunities, and we're fully committed to bringing these technological advances to the German entertainment industry."

1899 is produced by DARK WAYS in cooperation with Netflix. DARK WAYS receives funding support for 1899 from the German Motion Picture Fund and Medienboard Berlin-Brandenburg. The investment for the DARK BAY virtual production studio received support from the Investment Bank of Brandenburg (ILB). About 1899 The eight episodes follow the mysterious circumstances around the voyage of an immigrant ship from Europe to New York. The passengers, all of different backgrounds and nationalities, are united by their hopes and dreams for a new century and their future abroad. When they discover a second ship adrift on the open sea that had gone missing for months, their journey takes an unexpected turn. What they find on board will turn their passage to the promised land into a nightmare-like riddle, connecting each of the passenger's pasts through a web of secrets.

About DARK WAYS GmbH After their worldwide success with the hit series DARK (Netflix), the showrunner duo, Jantje Friese and Baran bo Odar, founded the production company DARK WAYS. With their company, they want to produce quality stories and market them globally. With the series 1899 DARK WAYS starts its first production.

About DARK BAY GmbH DARK BAY is Europe's first permanently installed LED-studio for virtual productions. Founded by DARK WAYS and Studio Babelsberg in the historic sound stages of Potsdam Babelsberg, the "Virtual Production" studio is one of the world's largest LED installations, using state-of-the-art ROE LED-panels. In addition, industry partners ARRI, FABER A.V., and FRAMESTORE are involved in the development of the studio. DARK BAY's first customer is the Netflix production 1899 and will offer future customers a proven setup.

About Netflix Netflix is the world's leading internet entertainment service with 208 million paid memberships in over 190 countries enjoying TV series, documentaries and feature films across a wide variety of genres and languages. Members can watch as much as they want, anytime, anywhere, on any internet-connected screen. Members can play, pause and resume watching, all without adverts or commitments.