Are you searching for A Little Late with Lilly Singh TV series news? You’ve come to the right place!

Get all the latest information on the A Little Late with Lilly Singh new tv show here at newshowstv.com. 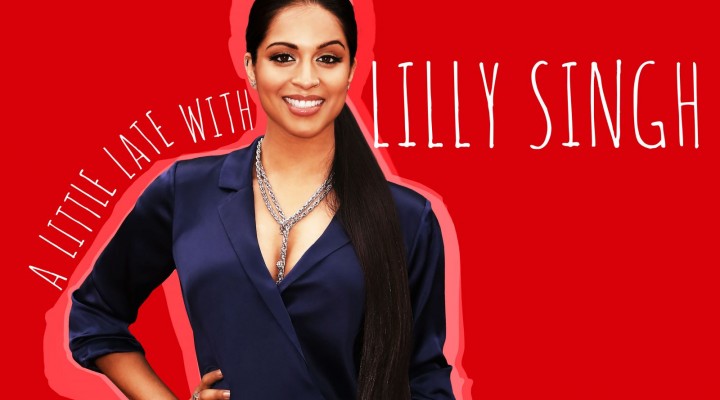 UNIVERSAL CITY, Calif. - July 25, 2019 - One of the most anticipated launches on linear and digital for the fall season readies for takeoff when NBC's new series "A Little Late with Lilly Singh," the only late-night talk show on a Big 4 network hosted by a woman, debuts Monday, Sept. 16 at 1:35 a.m.

Singh's digital-first strategy will include content played across many social platforms to bring in her younger, digital audience. This new NBC late-night comedy brand will focus on short form digital consumption as well as linear.

"I'm literally counting down the days until the premiere. It's 53," said Singh. "I'm thrilled to be collaborating with this all-star team of writers as we work to bring a new, authentic perspective to late night."

"I've been a huge fan of Lilly for many years and her impact in media is truly remarkable," Irwin said. "She brings a fresh perspective to the late-night space that is a breath of fresh air."

On the half-hour program, Singh will conduct in-studio interviews as well as create and star in pre-taped comedy sketches and signature segments.

Singh is a multi-faceted entertainer, finding success as an actress, producer, writer and creator. She's a leading force in the digital world?amassing a global audience?of nearly 15 million subscribers on her?YouTube channel, where she writes, produces?and stars in?comedic and inspirational?videos.?

She acted in the Emmy Award-nominated HBO film "Fahrenheit?451," opposite Michael Shannon and Michael B. Jordan, as well as "Bad Moms" and "Ice Age: Collision Course."?

Singh?is the New York Times?bestselling author of "How to Be a Bawse: A Guide to Conquering Life." She has appeared on Forbes' 30 Under 30 in Hollywood & Entertainment, Fast Company's Most Creative People and Time called her one of the most influential people on the Internet.?

"A Little Late with Lilly Singh" will be produced by Universal Television, Singh's Unicorn Island Productions and Irwin Entertainment. Singh and Irwin will executive produce.