Are you searching for Alaskan Bush People TV series news? You’ve come to the right place!

Get all the latest information on the Alaskan Bush People new tv show here at newshowstv.com. 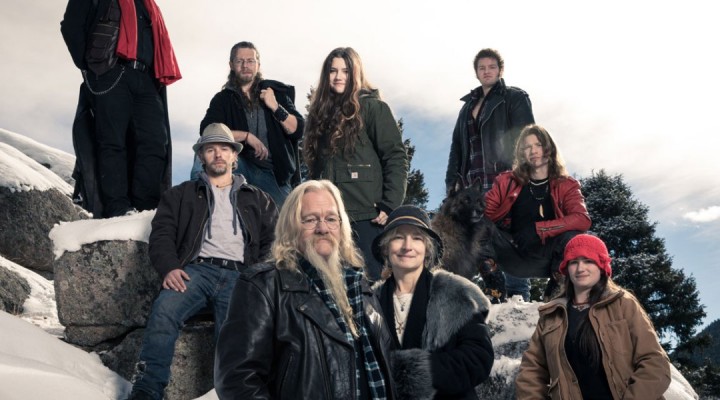 The Brown family has been working tirelessly to ready North Star Ranch over the past year, embarking on a mission to build infrastructure and finally realize their legacy on the mountain. This season, spring descends on North Star Ranch, as the patriarch and matriarch of the clan, Billy and Ami, push the next generation of the Wolfpack, Bam, Bear, Gabe, Noah, Bird and Rain to strengthen their own footholds on the mountain to create a bigger, better, more sustainable version of Browntown. The Brown family's quest to achieve their dream of a fully self-contained village is on the line in a brand-new season of ALASKAN BUSH PEOPLE premiering Wednesday, December 4 at 8PM ET/PT on Discovery Channel.

The homestead has a different dynamic this season with new wives and babies joining the family. Brothers Gabe and Noah are settling down with significant others and beginning their journeys as parents in the wild. Noah moves forward with his plans to build a home and bring Rhain Alisha and Baby Elijah back to the mountain while Gabe and Raquel prepare for a Bush wedding and the first granddaughter. After meeting his 'bush princess', Bear begins dating which leads to big news of his own. With more mouths to feed than ever before and depleted resources, the Wolfpack is forced to create a much more self-sustainable mountain, with power and water connecting each individual dwellings.

Just as the dream is within reach and each sibling has established his or her own distinct role in the community - father Billy is given a grave prognosis by doctors - his days may be numbered continuing his lifestyle. Thumbing his nose at society, it's live free or die as Billy doubles down on the dream; and the family comes together in a final frenzy before winter to build Billy, Ami, and the new mini-wolfpacks a communal home in the middle of the ranch.

The Brown family will tackle new challenges like never before and every member of the Wolfpack must make valuable contributions to the homestead in order for the family to survive and thrive on the mountain.

In addition to watching the series on Discovery, viewers can check out new episodes each week by visiting Discovery.com/AlaskanBushPeople or by downloading the Discovery GO app. Viewers can join the conversation on social media by following Alaskan Bush People on Facebook, Instagram, and Twitter for the latest updates.