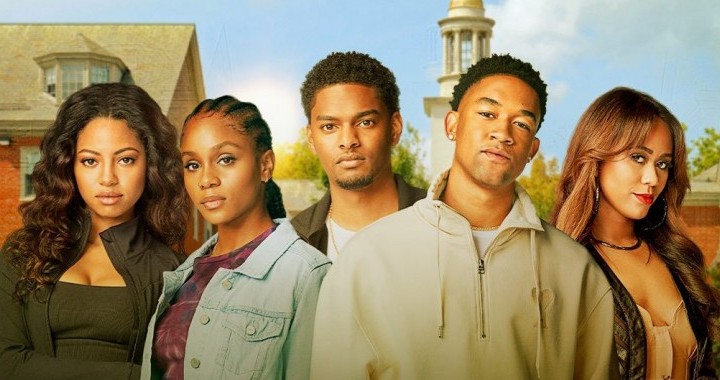 Also be sure to keep track of all the All American: Homecoming 2021 TV premiere dates.

From the executive producers of ALL AMERICAN, ALL AMERICAN: HOMECOMING is a young adult sports drama set against the backdrop of the HBCU (Historically Black Colleges and Universities) experience at Bringston University, where Black excellence is a way of life. The series follows Simone (Geffri Maya, "All American"), a young tennis hopeful from Beverly Hills who is trying to fight her way back to great after some time away from the court, and Damon (Peyton Alex Smith, "Legacies"), an elite baseball player from Chicago who is carrying the weight of the world on his shoulders. After Simone's aunt Amara Patterson (Kelly Jenrette, "Manhunt"), a journalism teacher and activist, exposes a scandal that threatens to derail the school's beloved baseball program, new coach Marcus Turner (Cory Hardrict, "The Outpost") is determined to bring a championship back to Bringston the honest way - with Damon's help. Damon will adjust to his new normal with fellow baseball player and childhood friend JR (Sylvester Powell, "Five Points") by his side. Meanwhile, as Simone struggles to find her footing, she will get a little guidance from Thea (Camille Hyde, "Katy Keene"), the super-competitive queen bee of the Bringston tennis team, and Keisha (Netta Walker, "Come as You Are"), the school's unofficial mayor, who will help Simone learn how to live her best life. As they contend with the high stakes of college sports, Simone and Damon will also navigate the highs, lows, and sexiness of unsupervised early adulthood at a prestigious HBCU. ALL AMERICAN: HOMECOMING is written and executive produced by Nkechi Okoro Carroll, and executive produced by Greg Berlanti, Sarah Schechter, David Madden, and Robbie Rogers. Michael Schultz ("All American," "Black Lightning") directed the pilot episode. The series is from Berlanti Productions in association with Warner Bros. Television.