Home | Shows | All For Lucy

Are you searching for All For Lucy TV series news? You’ve come to the right place!

Get all the latest information on the All For Lucy new tv show here at newshowstv.com.

There are 100s of new 2022 TV shows and new 2022 series coming your way. All For Lucy Season 1 will be with us eventually, but when? We gather all the news on the series premiere of All For Lucy to bring you the most accurate All For Lucy coming soon news and premiere date. 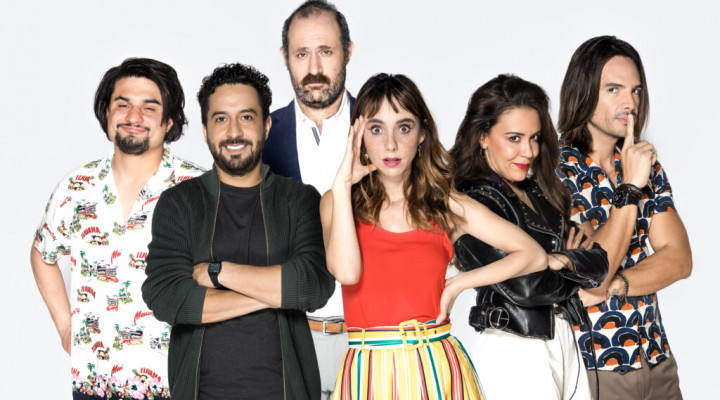 All For Lucy Status: Coming Soon

Whether All For Lucy is ultimately cancelled or renewed for Season 2 will be revealed, but one thing is for sure, All For Lucy is on our new and 2022 upcoming TV shows list!

All For Lucy TV Show Synopsis:

Amazon Prime Video announced today that it will launch All For Lucy, a modern, reimagined version of the beloved comedy series I Love Lucy. The project is being developed and produced by Endemol Shine Boomdog, a division of Endemol Shine North America, teaming with Elefantec Global that together acquired the rights to create an adaptation of the series. All For Lucy will launch exclusively on Prime Video in Latin America and the United States. The format rights are licensed by ViacomCBS Global Distribution Group. In this new series, Lucy is a 21st-century woman who wants to be in love, but doesn't want to give up her individuality. Mexican actress Natalia Téllez (Después de Ti) is set to star in the iconic role of Lucy, while Daniel Tovar (Mirreyes Vs. Godínez) will play her husband Ricky. And in another modern update on love, Andrés (Andy) Zuno (Al Diablo con los Guapos) and Daniel Haddad (La Búsqueda) play the couple Esteban and Federico, who are Lucy and Ricky's next-door neighbors.