Are you searching for Amanda To Rescue TV series news? You’ve come to the right place!

Get all the latest information on the Amanda To Rescue new tv show here at newshowstv.com. 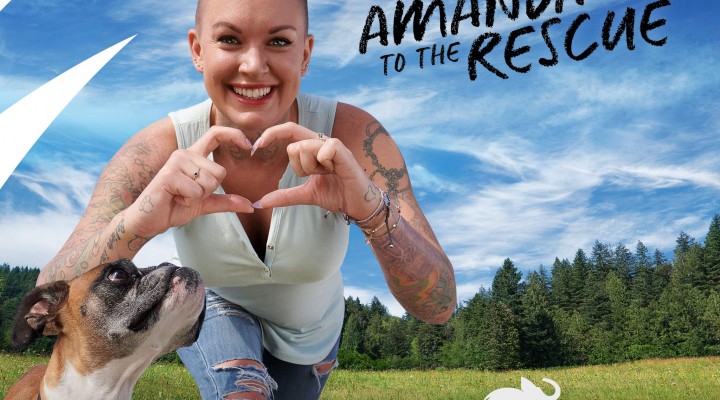 Washington state's very own Amanda Giese of Panda Paws Rescue is returning to Animal Planet for an all- new season of AMANDA TO THE RESCUE which will feature more heart, laughter, and unforgettable rescue stories. Along with her daughter and son, Jade and Beast, and her main pup pack, Garnett, Bulldog, and Groot, Amanda's mission to help special needs and major medical dogs who have been cast aside continues as she works night and day to find the loving, forever homes they deserve. AMANDA TO THE RESCUE Season Two premieres Fall 2019.

Amanda stole audiences' hearts last season with her determined optimism and unwavering support for all dogs and puppies in need, especially those with major medical needs. She traveled from the coast of California during the deadly CA wildfires to the islands of Hawaii after the eruption of Kilauea to rescue animals in need and raise awareness for animals in danger zones.

In the new season premiering this fall, Animal Planet audiences will see a first ever crossover episode featuring Amanda with Tia Torres of PIT BULLS & PAROLEES. In a special two-hour story which spans both series, Amanda travels to New Orleans, where she and Tia join forces to help 'Bean,' a shy dog who suffered a traumatic leg injury after being shot.

"It was surreal connecting with Tia and how organic and easy our friendship developed," said Amanda. "We both understand this world of animal welfare and we are doing all we can to raise awareness about animal rescue while simultaneously educating the public. This new season we'll be diving deeper into the backside of what I do at Panda Paws. A lot of the rescues we have this season really push the envelope on the types of rescues we've showcased previously. If we can teach the next generation how to properly care for animals and eliminate pet overpopulation, neglect, and abuse, then my job is done."

AMANDA TO THE RESCUE has received numerous honors this year. Most recently, the series won the 2019 Humane Society's 2019 Genesis Award for Outstanding Reality Series, and earlier was nominated for a 2019 Critics Choice Real TV Award for Best Animal/Nature Show.