Are you searching for American Gigolo TV series news? You’ve come to the right place!

Best 2022-23 TV Shows
Get all the latest information on the American Gigolo new tv show here at newshowstv.com.

There are 100s of new 2022 TV shows and new 2023 series coming your way. American Gigolo Season 1 will be with us eventually, but when? We gather all the news on the series premiere of American Gigolo to bring you the most accurate American Gigolo coming soon news and premiere date. 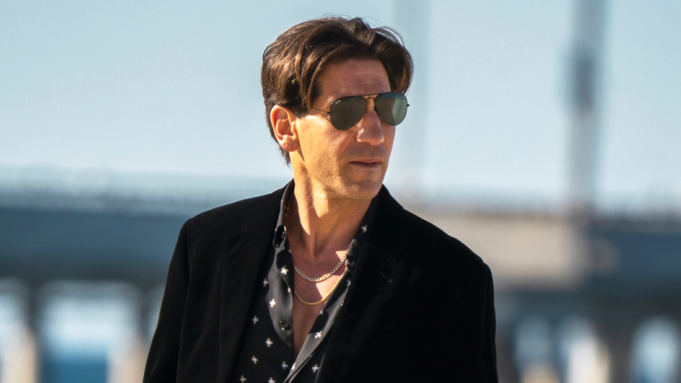 SHOWTIME has released the official trailer for its new drama series AMERICAN GIGOLO, starring Jon Bernthal (We Own This City) in the titular role of Julian Kaye. A present-day reimagining of the iconic 1980 film, the eight-episode original series from Paramount Television Studios will premiere on Friday, September 9 on streaming and on demand for all SHOWTIME subscribers, before making its on-air debut Sunday, September 11 at 9 p.m. ET/PT on SHOWTIME. New episodes will continue to drop every Friday via streaming and on-demand platforms before appearing on air Sunday night.
AMERICAN GIGOLO is a present-day reimagining of the iconic 1980 film. Bernthal will play Julian Kaye, who is introduced 15 years after he's been arrested for murder and struggling to find his footing in the modern-day Los Angeles sex industry, while seeking the truth about the set-up that sent him to prison all those years ago and also hoping to reconnect with Michelle, his one true love, played by Gretchen Mol (Boardwalk Empire).

"If you haven't already fallen under the spell of Jon Bernthal, get ready," said Levine. "Jon absolutely owns the screen with his searing, brooding and vulnerable performance in this contemporary version of AMERICAN GIGOLO. Writer/director David Hollander brilliantly reimagines the seductive original film, confronting the mystery, the exhilaration and the danger of our deepest desires."