Are you searching for America’s Got Talent: Extreme TV series news? You’ve come to the right place!

Best 2022-23 TV Shows
Get all the latest information on the America’s Got Talent: Extreme new tv show here at newshowstv.com. 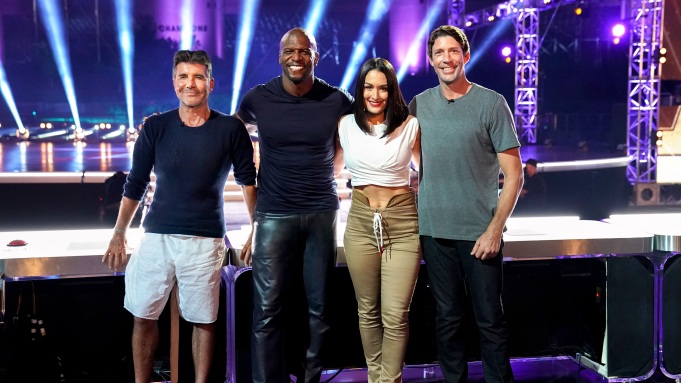 · "American Song Contest" will now premiere on Monday, March 21 (8-10 p.m. ET/PT) on NBC and air in that timeslot for eight weeks with the Grand Final scheduled for Monday, May 9.

· The "America's Got Talent" franchise expands with this new series showcasing the most outrageous, unique and jaw-dropping acts of enormous scale and magnitude that simply can't be confined to a theater stage. Contestants will vie for a chance to win a $500,000 prize and the ultimate title, the champion of "America's Got Talent: Extreme." Creator and executive producer Simon Cowell will judge alongside WWE superstar Nikki Bella and motocross and rally car driver Travis Pastrana. "America's Got Talent" host Terry Crews will also serve as host for "Extreme."

· "America's Got Talent: Extreme" is co-produced by Fremantle and Syco Entertainment.

· America's biggest live entertainment event has arrived! Based on the worldwide phenomenon "Eurovision Song Contest," organized for 65 years by the European Broadcasting Union and watched by 200 million viewers annually, this amazing musical spectacular combines the competitive spirit of rooting for your favorite sports team with the joy of watching a live performance of an original song.

· "American Song Contest" will feature live new music performances - representing all 50 states, five U.S. territories and our nation's capital - competing to win the country's vote for the Best Original Song. An incredible solo artist, duo or a band will represent each location and perform a new original song, celebrating the depth and variety of different styles and genres across America. The live competition consists of three rounds as the acts compete in a series of Qualifying Rounds, followed by the Semi Finals and the ultimate Grand Final where one state or territory will emerge victorious.

· The series is produced by Propagate in association with Universal Television Alternative Studio, a division of Universal Studio Group.

NBC ANNOUNCES HOST AND JUDGES FOR "AMERICA'S GOT TALENT: EXTREME"

· Bella and Pastrana will join creator and executive producer Simon Cowell at the judge's table for the inaugural season.

· "America's Got Talent" host Terry Crews will also serve as host for "Extreme."

· The premiere will be announced at a later date.

· This new series will showcase the most outrageous, unique and jaw-dropping acts of enormous scale and magnitude that simply cannot be confined to a theater stage. Each week contestants will go head-to-head in the most wild, intense and often times beautiful performances to vie for a $500,000 prize and the ultimate title, the champion of "America's Got Talent: Extreme"

· The "Got Talent" format, created by Simon Cowell, has had more than a billion global viewers since it began airing in 2006 in the United States and has aired in 194 territories worldwide. Artists discovered on his TV formats have sold over 600 million records and Cowell has launched more superstar careers than any other in history including One Direction, Camila Cabello, Leona Lewis, Fifth Harmony, CNCO, Little Mix, Louis Tomlinson, James Arthur, Paul Potts, Susan Boyle and Grace VanderWaal. During his partnership with Sony Music, he also launched Il Divo and Westlife.

· Travis Pastrana is one of the most accomplished athletes in the history of action sports. He has won championships in both two-wheel and four-wheel competitions with a career encompassing freestyle motocross, supercross, motocross, rally car racing, NASCAR and off-road. Pastrana's fan base spans the spectrum of sports from the action sports enthusiast to mainstream sports fan fueled by a lifestyle apparel brand and live tour.