Are you searching for Angela Black TV series news? You’ve come to the right place!

Best 2022-23 TV Shows
Get all the latest information on the Angela Black new tv show here at newshowstv.com.

There are 100s of new 2022 TV shows and new 2023 series coming your way. Angela Black Season 1 will be with us eventually, but when? We gather all the news on the series premiere of Angela Black to bring you the most accurate Angela Black coming soon news and premiere date. 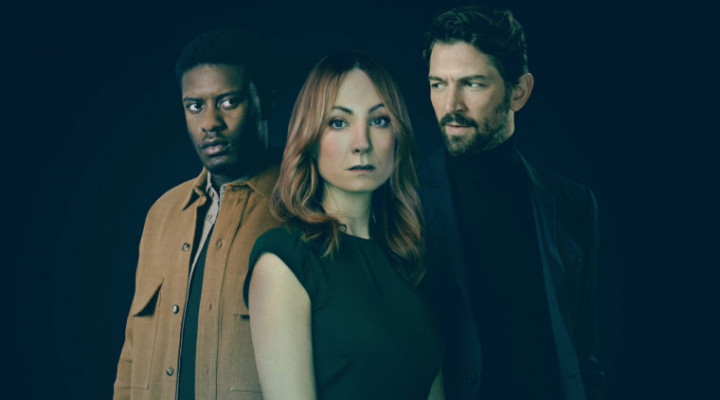 Whether Angela Black is ultimately cancelled or renewed for Season 2 will be revealed, but one thing is for sure, Angela Black is on our new and 2022 upcoming TV shows list!

Angela Black's life in London may seem like a dream, but in reality, she's living in a nightmare and her attempt to escape unfolds in the limited series, ANGELA BLACK. All six-episodes of the psychological thriller will drop in its entirety exclusively on Spectrum (available on-demand, free and without ads) on Monday, February 7.

Angela's life appears idyllic: a lovely house in suburban London, days working volunteer shifts at a dog shelter, two beautiful sons and a charming, hard-working husband - Olivier. However, beneath this façade of charmed domesticity, Angela is a victim of domestic violence. Olivier is controlling and brutal; but Angela loves him and he's the father of her children. She covers her bruises with make- up and fabricates lies to explain away her missing teeth. Until, one day, Angela is approached by Ed - a Private Investigator - and he smashes her already strained domestic life to pieces. Ed reveals Olivier's deepest secrets to Angela, and she is faced with horrifying truths about her husband and his betrayals being forced to take matters into her own hands.