Are you searching for Bad Sisters TV series news? You’ve come to the right place!

Get all the latest information on the Bad Sisters new tv show here at newshowstv.com.

There are 100s of new 2022 TV shows and new 2022 series coming your way. Bad Sisters Season 1 will be with us eventually, but when? We gather all the news on the series premiere of Bad Sisters to bring you the most accurate Bad Sisters coming soon news and premiere date. 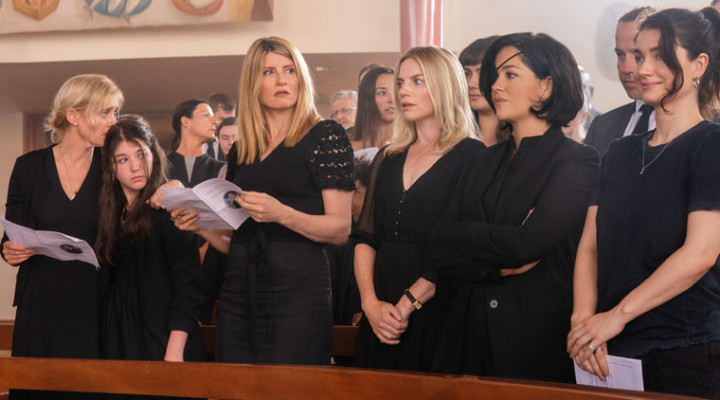 Whether Bad Sisters is ultimately cancelled or renewed for Season 2 will be revealed, but one thing is for sure, Bad Sisters is on our new and 2022 upcoming TV shows list!

"Bad Sisters," the newest comedy from creator and star Sharon Horgan ("Catastrophe," "Shining Vale"). A delicious blend of both dark comedy and thriller set in the breath-taking coast of Ireland, "Bad Sisters" will debut globally on Friday, August 19 with the first two episodes, followed by one new episode weekly, every Friday through October 14. The new 10-episode series follows the lives of the Garvey sisters bound together by the premature death of their parents and a promise to always protect one another. In addition to Horgan, "Bad Sisters" stars Anne-Marie Duff ("Suffragette," "The Salisbury Poisonings"), Eva Birthistle ("Brooklyn," "The Last Kingdom"), Sarah Greene ("Frank of Ireland," "Dublin Murders") and Eve Hewson ("Behind her Eyes," "The Luminaries") as the Garvey sisters. The ensemble cast also includes Claes Bang ("Dracula," "The Northman"), Brian Gleeson ("Frank of Ireland," "Peaky Blinders"), Daryl McCormack ("Good Luck to you, Leo Grande," "Peaky Blinders"), Assaad Bouab ("Call My Agent," The Pursuit of Love") and newcomer Saise Quinn ("Monster").