Are you searching for Battle Kitty TV series news? You’ve come to the right place!

Best 2022-23 TV Shows
Get all the latest information on the Battle Kitty new tv show here at newshowstv.com.

There are 100s of new 2022 TV shows and new 2023 series coming your way. Battle Kitty Season 1 will be with us eventually, but when? We gather all the news on the series premiere of Battle Kitty to bring you the most accurate Battle Kitty coming soon news and premiere date. 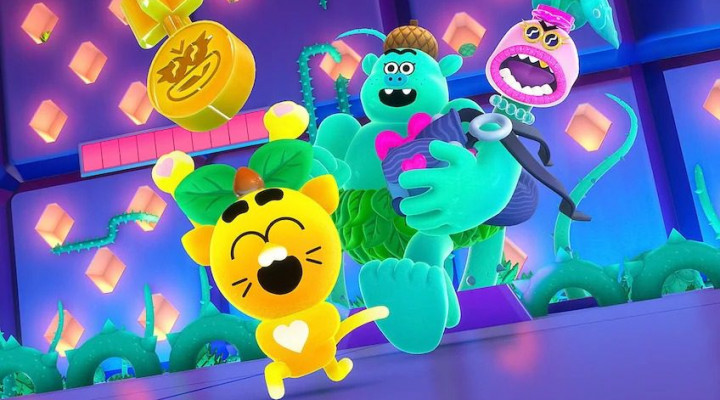 Whether Battle Kitty is ultimately cancelled or renewed for Season 2 will be revealed, but one thing is for sure, Battle Kitty is on our new and 2022 upcoming TV shows list!

It's small. It's fluffy. It rocks a fierce pink bow. It's no ordinary kitty. It's Battle Kitty, and Kitty is using its super-strength, monster battling intuition, and amazing accessories to unlock a new battle ground ... on Netflix!

And Kitty isn't taking this journey alone. Kitty is inviting kids everywhere to join the epic quest to defeat all the monsters on Battle Island and be crowned Champion. Be advised, no other warrior has survived to tell the tale. Kitty is giving kids everywhere the power to explore and navigate their own adventures as they unlock new paths and layers in a futuristic-medieval world.

"Netflix has given me the incredible opportunity to help change how young people see themselves. Like Kitty, an aspirational underdog with a big spirit of determination, I want kids who feel small to realize instead that they can stand strong, have friends, and go on to do amazing things," commented Battle Kitty creator Matt Layzell.

"Battle Kitty is a mirror reflection of Matt himself - an inspiring, surprising, and incredibly fun show that is infused at every turn with huge amounts of both humor and heart," said Melissa Cobb, vice president of kids & family at Netflix. "This series pushes the boundaries of storytelling in entirely new directions thanks to Matt's innovative interactive format, which will allow kids to engage in an expansive universe together with the most lovable new underdog, Battle Kitty."

In true warrior fashion, Kitty thought it was only fitting to allow readers to navigate through the journey of the animator who brought Battle Island to life.

Battle Kitty originated as The Adventures of Kitty & Orc on Layzell's Instagram. Layzell rose through the ranks as an animator on Cartoon Network's The Amazing World of Gumball, supervising director on Nickelodeon's Sanjay and Craig, and supervising roles on Cartoon Network's Apple and Onion and Netflix's Pinky Malinky. He has been named to Variety's "Animators to Watch" list. Layzell, a first-time showrunner, will also serve as an executive producer.