Are you searching for Beowulf: Return to the Shieldlands TV series news? You’ve come to the right place!

Get all the latest information on the Beowulf: Return to the Shieldlands new tv show here at newshowstv.com. 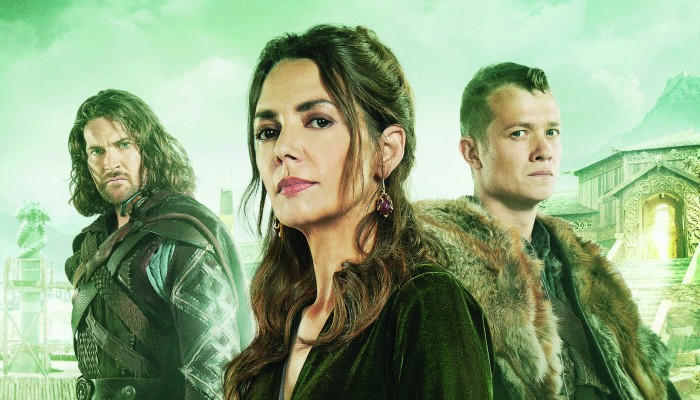 The series follows Beowulf who, after spending many years wandering as a mercenary warrior, returns to Herot to pay his respects to the recently deceased Thane, Hrothgar – the man who raised him. But when Herot is attacked by the terrifying monster Grendl, Beowulf has no choice but to hunt it down, winning favour with Herot’s new female Thane, and the wider community, in the process.
And so begins a personal journey that sees this mighty and capable man slowly reconnect with the notion of family and home.
Beowulf is a series about courage, greed, betrayal, revenge, loyalty, power, man versus wilderness and, of course love. It is a series that explores the notion of good and evil, heroes and villians. However, beyond these wider political undercurrents and inner personal turmoils are the excitement, danger and sense of adventure that any great Western has. Epic fights, thrilling chases, raids, celebrations and battles are an essential part of the promise