Are you searching for Big Fan TV series news? You’ve come to the right place!

Get all the latest information on the Big Fan new tv show here at newshowstv.com.

There are 100s of new 2022 TV shows and new 2022 series coming your way. Big Fan Season 1 will be with us eventually, but when? We gather all the news on the series premiere of Big Fan to bring you the most accurate Big Fan coming soon news and premiere date. 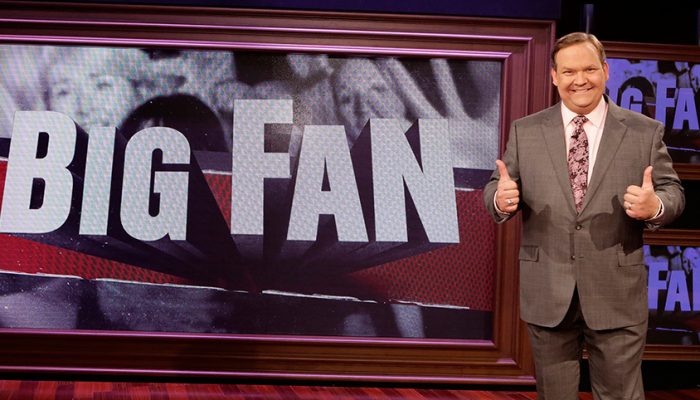 Whether Big Fan is ultimately cancelled or renewed for Season 2 will be revealed, but one thing is for sure, Big Fan is on our new and 2022 upcoming TV shows list!

"Big Fan" is based on the hilarious "Who Knows... ?" the celebrity vs. super-fan game segment that originally aired on "Jimmy Kimmel Live." The segment became a viral video success when pop star Katy Perry went up against one of her biggest fans in this hilarious challenge. Each episode of the half-hour, studio-based game show will feature one celebrity and three of his or her biggest super fans. The super fans will go head-to-head to see who knows more about the episode's featured celebrity. The succeeding super fan will move on to the final round in an ultimate showdown, celebrity vs. super fan, to see who knows most about the celebrity. If the super fan wins, their prize is a priceless experience with the celebrity they admire most.