Are you searching for Born This Way TV series news? You’ve come to the right place!

Get all the latest information on the Born This Way new tv show here at newshowstv.com.

There are 100s of new 2022 TV shows and new 2022 series coming your way. Born This Way Season 1 will be with us eventually, but when? We gather all the news on the series premiere of Born This Way to bring you the most accurate Born This Way coming soon news and premiere date. 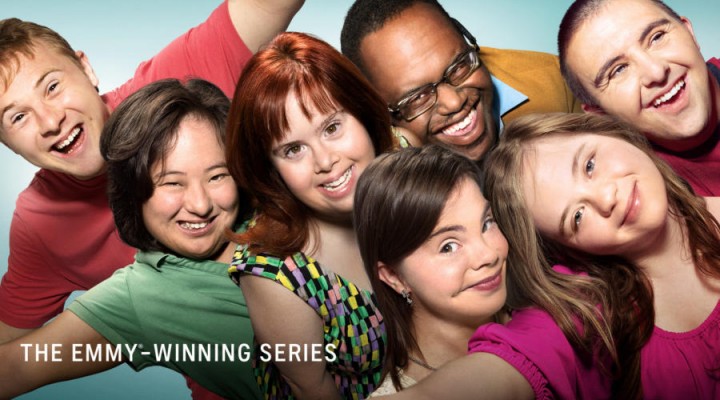 New York, NY – August 22, 2019 – A&E Network’s critically-acclaimed, Emmy-winning docuseries “Born This Way” will bring the gang back together for a six-part short form digital series as well as a one-hour linear series finale holiday special. On the heels of last season’s monumental moment of the wedding of cast members Cristina and Angel, the digital series will continue the story of Elena, John, Megan, Rachel, Sean, Steven, Cristina and Angel, and allow them to continue to share their unabashedly honest take on situations that are relatable to all.

The one hour series finale special will celebrate the spirit of the holiday season as the cast gathers to reflect on their personal growth across the four seasons of the show and discuss “Born This Way’s” impact on the way society views people with disabilities. From finding jobs to navigating relationships and break ups to exerting their own independence, the cast will rejoice in the journey they have been on together and thank fans for all of their support along the way.

“It’s not often that you get to make television like ‘Born This Way’ which has had such a positive impact on the world. The show unquestionably changed how society views people with Down syndrome and how people with Down syndrome see themselves,” said Executive Producer Jonathan Murray. “It has shown that no one should have to live with artificial limits placed upon them and all of us, no matter what challenges we face, want the same things – independence, a chance for meaningful employment and a chance to contribute to our families and communities.”

“Being a part of the amazing and inspiring journey of our cast over the past four seasons has been an honor for myself and everyone at A&E,” said Elaine Frontain Bryant, EVP and Head of Programming, A&E Network. “We have all learned so much from their openness, resilience and spirit, and we will be forever grateful to them for welcoming us and viewers into their lives.”

The groundbreaking series provides an intimate look at a diverse group of young men and women with Down syndrome as they pursue their passions and lifelong dreams, explore friendships, romantic relationships and work, all while defying society’s expectations. The series also gives a voice to the parents, allowing them to talk about the joy their son or daughter brings to their family, and the challenges they face in helping them live as independently as possible.