Are you searching for Buried TV series news? You’ve come to the right place!

Best 2022-23 TV Shows
Get all the latest information on the Buried new tv show here at newshowstv.com.

There are 100s of new 2022 TV shows and new 2023 series coming your way. Buried Season 1 will be with us eventually, but when? We gather all the news on the series premiere of Buried to bring you the most accurate Buried coming soon news and premiere date. 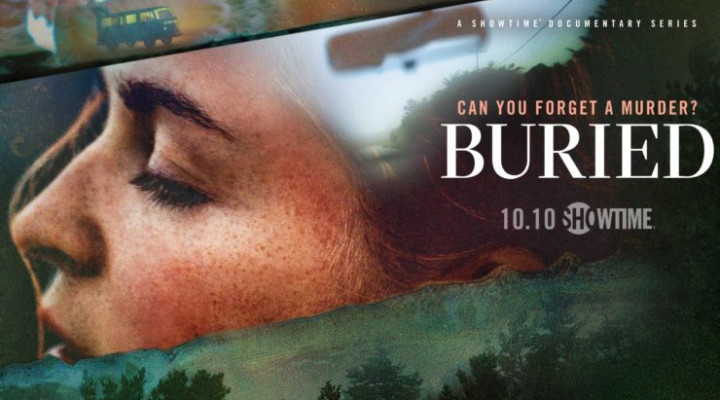 Whether Buried is ultimately cancelled or renewed for Season 2 will be revealed, but one thing is for sure, Buried is on our new and 2022 upcoming TV shows list!

LOS ANGELES - August 12, 2021 - SHOWTIME announced it will air BURIED, a four-part documentary series, about how one woman's long-repressed memory of her childhood best friend's murder sparked a national debate about the power and limitations of memory in the court of law. The legal thriller spotlights the reverberations of this first criminal case based on a recovered memory and analyzes how fallible and malleable the mind can be. SHOWTIME will release all four episodes to its subscribers at 12:01 a.m. on Sunday, October 10, prior to its on-air debut that night at 9 p.m. ET/PT. A co-production of MA Productions and Guendelman & Timor Productions, BURIED is executive produced by Yotam Guendelman (Shadow of Truth), Mika Timor (Coastal Road Killer), Maor Azran (Beauty and the Baker, The Amazing Race Israel) and Dan Adler (Noel) and written and directed by Guendelman and Ari Pines (Shadow of Truth, Coastal Road Killer). To watch and share the teaser, go to:

BURIED follows the gripping story of Eileen Franklin who, while playing with her young daughter, suddenly had a memory of witnessing the rape and murder of her childhood best friend, 8-year-old Susan Nason, which led to a re-opening of a case that had gone unsolved for nearly 20 years. And in a shocking twist, when Eileen came forward with her memory, she told the police that she remembered the murderer was her own father, George Franklin. The docu-series reveals the consequences of that fateful assertion of the subconscious and the infinite questions it sparked about the accuracy and reliability of unearthing traumatic events in the court of law. Through riveting first-person testimonials of family, neighbors, memory experts, law enforcement, mental health professionals and many others, BURIED explores the impact of Eileen's memory on not only the Franklin family but also the legal and mental health communities writ large.

Showtime Networks Inc. (SNI), a wholly owned subsidiary of ViacomCBS Inc., owns and operates the premium service SHOWTIME(R), which features critically acclaimed original series, provocative documentaries, box-office hit films, comedy and music specials and hard-hitting sports. SHOWTIME is available as a stand-alone streaming service across all major streaming devices and Showtime.com, as well as via cable, DBS, telco and streaming video providers. SNI also operates the premium services THE MOVIE CHANNEL(TM) and FLIX(R), as well as on demand versions of all three brands. SNI markets and distributes sports and entertainment events for exhibition to subscribers on a pay-per-view basis through SHOWTIME PPV(R). For more information, go to www.SHO.com.