Are you searching for Byron Baes TV series news? You’ve come to the right place!

Best 2022-23 TV Shows
Get all the latest information on the Byron Baes new tv show here at newshowstv.com.

There are 100s of new 2022 TV shows and new 2023 series coming your way. Byron Baes Season 1 will be with us eventually, but when? We gather all the news on the series premiere of Byron Baes to bring you the most accurate Byron Baes coming soon news and premiere date. 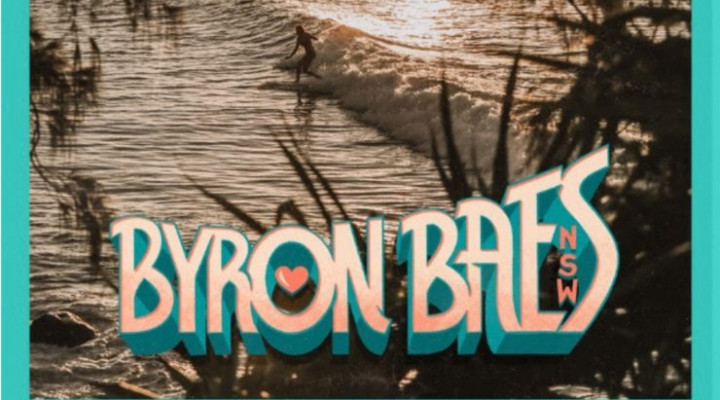 Whether Byron Baes is ultimately cancelled or renewed for Season 2 will be revealed, but one thing is for sure, Byron Baes is on our new and 2022 upcoming TV shows list!

Entrepreneurs, influencers, musicians, designers and artists flock to the Australian beach town of Byron Bay. It's a creative hot spot, full of promise - and so much drama. They come for the dreamy beaches, the beautiful sunsets and the high-impact connections, but it can be brutal - and the gossip can be fierce - if you're from out of town and trying to break into this close-knit community of locals. This 8x40 minute episode docusoap follows a tight circle of friends as they navigate life, love and career.

Sarah is the new girl in town. Originally from the Gold Coast, the talented singer - who records music under the name st. James - moved to Byron Bay to further her musical ambitions. With its free spirited and creative community, Sarah is hoping it's the place for her to express her true self and find happiness.

Nathan - who one day dreams of opening up his own bar - lives the quintessential Aussie beach lifestyle. He grew up on Sydney's Northern Beaches and frequented Byron Bay for years before making the move. Nathan's no stranger to Australian TV audiences, having appeared on The Bachelorette in 2018 and Bachelor in Paradise in 2019. Having found solace in his adopted town, he'd love to see harmony between the locals and newcomers trying to break into this close-knit community.

Influencer and model Jade shot to social media stardom after a photo of himself and Kim Kardashian at her fragrance launch went viral. Now boasting 1.2 million Instagram followers, he's since appeared in the 2021 feature film The Possessed. Growing up in rural New South Wales, Jade struggled to fit in and was bullied through school. He's just moved to Byron from the Gold Coast to make meaningful real-life connections, and to learn to let his guard down and let people in.

Long-time Byron local Hannah is a spiritual soul with a quirky flair. Her Instagram account shows off her impeccable style and worldwide travels where she picks up wares for her family's popular store, Bisque Traders.

Alex has capitalised on the rise of social media, spotting potential and creating empires with his quick wit and sharp tongue. Brisbane-born, he moved to Byron to expand his talent agency and to further understand the Instagrammable epicentre of Australia's counterculture.

Elle is a high-flying business woman with a social conscience. After establishing her first company at age 26, her investment business centres around her philanthropic and environmental interests. She's driven by the need to make an impact and does international business from the Byron Bay home she shares with bestie and fellow Bae, Nathan. Incredibly spiritual, she practices meditation, yoga and qigong daily.

Born and raised in Byron Bay, Jessica has carved an impressive name for herself in the international fashion world. The fashion business queen started designing clothes at 16 before launching her own successful label - Johansen - in 2015. Her brand has thrived through social media promotion with her clothes seen on the likes of Kylie Jenner among others.

From surfing, training and motorbike riding, fitness fanatic Elias lives and breathes the great outdoors. Elias, who appeared on Love Island Australia in 2018, originally grew up in Melbourne, Victoria. He eventually found his way to Byron, where he has found his soul family. When he's not busy modelling, Elias works as a Chief Marketing Officer at a social media marketing company.

Cai's hipster punk rock look and bohemian energy makes him a well known character in his hometown of Mullumbimby, just outside Byron. After studying at London's prestigious Central Saint Martins college, he spent six years abroad soaking up the punk art and fashion scenes of Berlin, Paris and London. Since his return, he's been modelling, creating video content and selling his photographic art online.

Go-getter fashionista Saskia moved to Byron from Brisbane to be with her boyfriend and fellow Bae, Dave or "Frimmy" as he's known. They're both business savvy and share the same entrepreneurial spirit. She loves and wants for nice things - including her Porsche - and works hard to get them. Frimmy's business endeavours and desire for a chill surf lifestyle took him from Sydney's Northern Beaches to Byron. The successful businessman - who has plans to launch a private plane charter company from Sydney to Byron - met fellow Bae and girlfriend of five years, Saskia, through work and was immediately smitten. Their Byron home is a beacon for all their friends and fellow Baes.

Simba escaped the corporate world in Melbourne for a life in Byron, embracing all that the healing region has to offer. His life revolves around surfing, training and hosting impressive fire twirling ceremonies that keep him fit and bring a special energy to those around him.

Lauren - sister of fellow Bae Jessica - has always been popular; a head turner who lives the Byron Bay lifestyle others envy. At 21, she studied TV presenting at NIDA in Sydney. When she isn't modelling, her days are spent surfing, lying on the beach and driving around in her soft top BMW.

We would like to acknowledge the Arakwal people of the Bundjalung Nation who are the Traditional Custodians of this land on which Byron Baes was produced. Arakwal people retain a strong connection to Country; actively caring for flora and fauna and land and waters. We ask that you respect and help look after Country And Culture. We also acknowledge and pay our respect to Elders both past and present and the extended Aboriginal community."