Are you searching for Call My Agent! TV series news? You’ve come to the right place!

Get all the latest information on the Call My Agent! new tv show here at newshowstv.com.

There are 100s of new 2022 TV shows and new 2022 series coming your way. Call My Agent! Season 1 will be with us eventually, but when? We gather all the news on the series premiere of Call My Agent! to bring you the most accurate Call My Agent! coming soon news and premiere date. 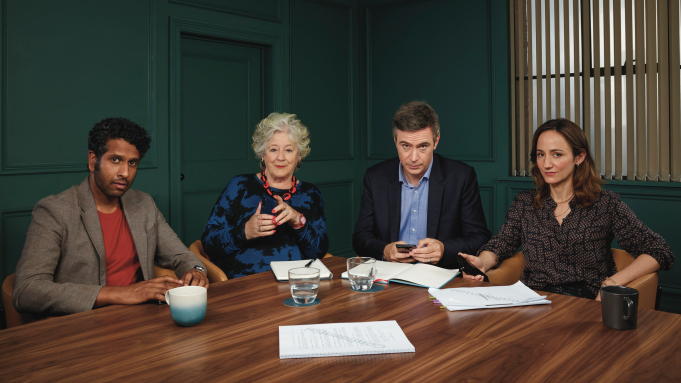 Sundance Now Acquires US Rights to the Highly Anticipated British Remake of the Runaway Hit Call My Agent! from BRON Studios

New York, NY; July 20, 2021 - AMC Networks' streaming service Sundance Now has acquired the exclusive U.S. premiere rights to the star-studded British remake of the acclaimed and buzzy comedy series Call My Agent! from BRON Studios. BAFTA award winner John Morton (Twenty Twelve, W1A) is writing and directing the first two episodes and executive producing the series. The series will feature cameos from Dominic West (The Crown, The Affair), Phoebe Dynevor (Bridgerton), Jessica Oyelowo (The Water Man), and David Oyelowo (Nightingale, Selma) as well as well as previously announced appearances from Kelly Macdonald (Line of Duty, Trainspotting), Helena Bonham Carter (The Harry Potter series, The Crown) and Olivia Williams (The Sixth Sense, An Education). The British remake of Call My Agent! will premiere on Sundance Now in the United States in 2022 shortly after its UK world premiere.

The English adaptation of Call My Agent! will keep the sensibilities and premise of the French series, in which the staff of a Parisian talent agency must hustle to keep clients happy after the abrupt death of their founder - all while juggling their own personal and love lives. The British remake, though, will also take a close look at London culture and class inequality, Britain's entertainment relations to American Hollywood, and provide a whimsical tonality, unique to John Morton's writing.

"Call My Agent! remains one of the most popular and talked about series globally, so Sundance Now is thrilled to bring our US subscribers this highly-anticipated British reimagining," said Shannon Cooper, VP of Programming for Sundance Now, AMC Networks. "With its stellar cast and surprising cameos combined with John Morton's unique British take on the series, our subscribers will be enthralled with this new series."

"This sale to Sundance Now in the US builds on BRON's already strong relationship with AMC Networks, and continues BRON television's global mandate to identify, finance and produce European/UK IP that can be exploited in the US and beyond," said David Davoli, President of Television for BRON Studios. "We look forward to John Morton's adaptation of this beloved series becoming a part of the high-quality body of work that Sundance is associated with, and entertaining audiences for years to come."