Are you searching for Clive Davis: Most Iconic Performances TV series news? You’ve come to the right place!

Best 2022-23 TV Shows
Get all the latest information on the Clive Davis: Most Iconic Performances new tv show here at newshowstv.com. 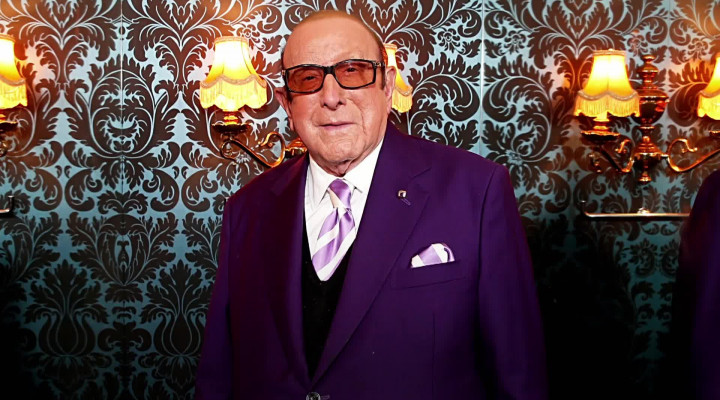 Paramount+ have announced that CLIVE DAVIS: MOST ICONIC PERFORMANCES, a new four-episode music and interview series from music legend Clive Davis, will premiere exclusively on Paramount+ in the U.S. and in international markets where the service is available, beginning Wednesday, March 23.

In this special miniseries, Clive Davis will take viewers through some of his favorite musical performances from the last few decades. Excerpting from his 2021 pre-GRAMMY gala virtual events, the three original episodes will feature personalized introductions by Clive, full archival performances, and part of his exclusive interviews with each of the featured A-list artists. A special fourth episode with extended interviews will also be available. The docuseries was executive produced by Clive Davis, Doug Davis, Marc Johnston and Erich Bergen.

"These interviews stand out among my proudest achievements," said Clive Davis. "They've received phenomenal response, presenting these all-time artists in a light never seen before. The performances are truly iconic indeed, jaw-dropping in every way."

"Clive Davis is, unequivocally, one of the greatest, most influential music executives, having discovered and launched the careers of some of the most celebrated and successful artists of our time," said Bruce Gillmer, chief content officer, music, Paramount+ and president of music, music talent, programming and events, Paramount. "We are extremely excited about this partnership that brings a treasure trove of amazing, once-in-a-lifetime performances - many from Clive's world-famous GRAMMY week party - to Paramount+ and continues to exemplify the vast array of global music content we offer to viewers."

As the record industry's most innovative and influential executive, Clive Davis has had a profound effect on the world of music spanning over 50 years. He has earned four Grammys in his role as Album Producer, has received the Grammy Trustees Lifetime Achievement Award, was inducted into the Rock and Roll Hall of Fame in 2000, and, in 2010, The Recording Academy named The Grammy Museum theatre in his honor.

Born in Brooklyn, Mr. Davis graduated from New York University and Harvard Law School. He first worked at Columbia Records, where he was named President in 1967. In 1974, Mr. Davis founded Arista Records, and expanded the company to include Arista Nashville in 1988. He continued his exploration of different musical genres with the formation of LaFace Records in 1989, and Bad Boy Records in 1994. In 2000, Mr. Davis formed J Records, which quickly emerged as a dominant force in the industry. In 2008, Mr. Davis was appointed Chief Creative Officer for Sony Music Entertainment, a position which expanded the number of artists for whom he was creatively responsible.

His autobiography, The Soundtrack Of My Life, published in 2013, has become the largest-selling book involving music in history. The Ridley Scott firm produced and Chris Perkel directed the award-winning and highly praised documentary film on his life: Clive Davis: The Soundtrack Of Our Lives, which Apple TV, Apple Music and iTunes launched worldwide in 2017 and debuted at No. 1 on iTunes, stayed at #1 for five consecutive weeks and is now available on Netflix. In 2019, Clive Davis produced the highly acclaimed Memorial Concert for Aretha Franklin on CBS and executive-produced with Brian Grazer the eight-part limited TV series GENIUS: ARETHA, which aired on National Geographic Channel in March 2021. In August 2021, Mr. Davis also co-executive produced the historic "We Love NYC: The Homecoming Concert" with the City of New York and Live Nation, which was a monumental globally televised music event.