Are you searching for Costume Quest TV series news? You’ve come to the right place!

Get all the latest information on the Costume Quest new tv show here at newshowstv.com.

There are 100s of new 2022 TV shows and new 2022 series coming your way. Costume Quest Season 1 will be with us eventually, but when? We gather all the news on the series premiere of Costume Quest to bring you the most accurate Costume Quest coming soon news and premiere date. 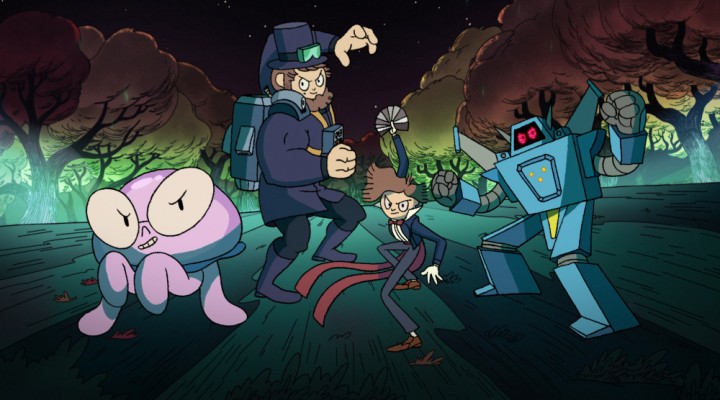 Based on the smash video game series by Double Fine Productions (Psychonauts, Broken Age) and the world originally created by Tasha Sounart, Costume Quest is a funny and mysterious animated series aimed at six to 11-year-olds. The show stars four kids facing off against the dark forces lurking in the shadows of their sleepy town of Auburn Pines. To overcome obstacles and achieve their goals, they must learn to unlock and master the magical powers of supernormal costumes—with each costume comes a new set of transformations and powers.