Are you searching for Cupcake Championship TV series news? You’ve come to the right place!

Get all the latest information on the Cupcake Championship new tv show here at newshowstv.com. 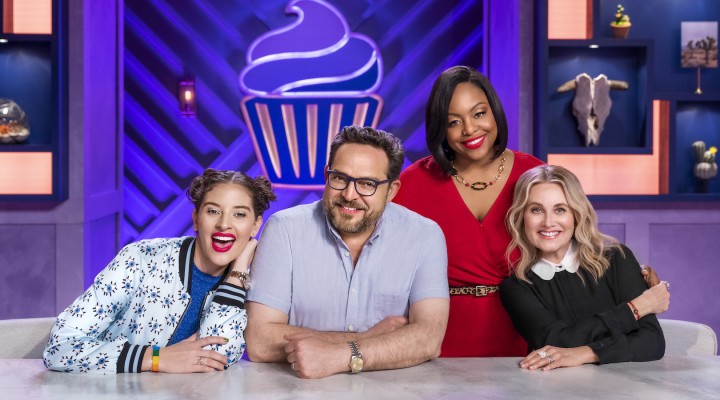 "The cupcakes may be small, but the artistry these bakers accomplish is huge," said Courtney White, President, Food Network. "Our viewers will marvel at the creativity of these cupcakes - they are truly spectacular."

Each episode kicks off with the Designer Challenge where the four contestants must create cupcakes to celebrate an event or theme, and the judges send the least successful baker home. The three remaining contestants then proceed to the Imagination Challenge, an amped-up battle to create a three-dimensional cupcake tableau with bigger displays and multiple flavor components.

In the premiere episode, the cupcake makers are challenged to make succulent plants out of cupcakes...but things get prickly when one cupcaker is eliminated by judges in the first round. The three remaining competitors take on the delicacies of beautiful flower bouquet designs to see whose flower-bouquet cupcake display will earn them the title of Cupcake Champion and the $10,000 prize. Additional challenges during the season have the competitors making edible snow globes, incredibly detailed pet designs, savory 'food imposters', mythical beings and even an entire planet made out of cupcakes!