Are you searching for Dirty Mudder Truckers TV series news? You’ve come to the right place!

Get all the latest information on the Dirty Mudder Truckers new tv show here at newshowstv.com. 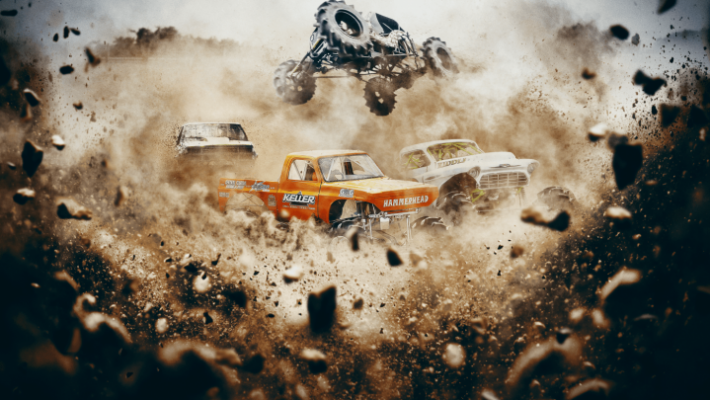 Each week, a different crew from around the country will head down to Central Florida to take on the Dirty 7 in The Pit - a 750 foot stretch of mud with a 10-foot table top jump. This track is designed to eat up mega trucks, and only the toughest will cross the finish line in one piece. With seven races, a cash prize on the line and unlimited side bets, the crews battle it out in a head to head grudge match to see who will come out on top, take home the cold, hard cash and earn bragging rights as the best crew out there.

For the Dirty 7, truck racing isn't just a passion, it's a way of life. These men put blood, sweat and tears into building and racing their mega trucks to prove they're the baddest crew around. The race masters, Chris Ledford and Matt Steele, are constantly in the thick of it as handlers of the prize pot, money, car parts, final race results and everything in between while the resident gearhead, Chuck, makes sure the trucks are up to standard and ready to race at their full potential. Growing up with truck racing in their blood, every crew knows the Dirty 7 are the ones to beat.

The rising star of the Dirty 7 in Central Florida, Chris Libak has turned his 392 small block Chevy nicknamed Animalistic, into a wild ride, while Pete's 1993 Toyota mega truck known as Chasin' Paper will do whatever it takes to get the cash money. Keith Spiker takes it to the limit in his 1983, bright orange Chevy 1500, known as Hammerhead and Randy Priest hits The Pit in his 2003 Dodge Dakota, Mudstick - a big nasty truck with a lot of horsepower. Wes Jr. is all about the adrenaline rush when he is Ridin Dirty in his high jumping, mega truck. Jimmy jumps behind the wheel of his big block Chevy, Riddle, with one goal in mind - being the baddest of them all. And finally, Nick rounds out the Dirty 7 with his mega truck, Grass Money.