Are you searching for Dog’s Most Wanted TV series news? You’ve come to the right place!

Get all the latest information on the Dog’s Most Wanted new tv show here at newshowstv.com. 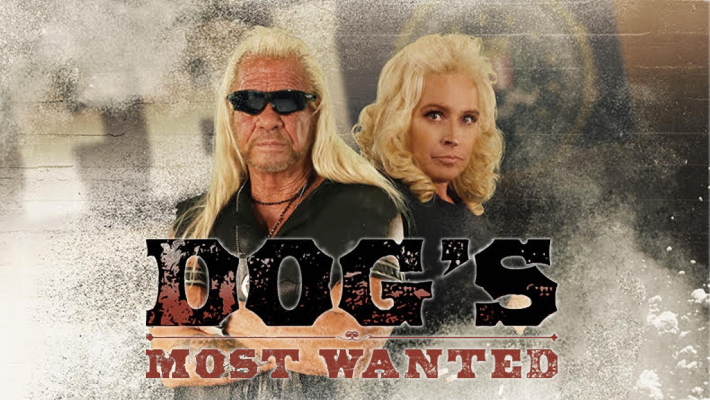 Los Angeles, CA (July 22, 2019) - WGN America announced today that "Dog's Most Wanted" will kick-off the hunt when the unscripted series premieres Wednesday, September 4 at 9/8c. In this new series, Duane "Dog" Chapman and the late Beth Chapman will be supported by a ferocious team of hunters Dog calls "The Dirty Dozen." Together they will go on a cross-country manhunt to track down a carefully curated list of Dog's Most Wanted fugitives. In their personal lives, the series tackles the family's most difficult fight as their beloved matriarch Beth Chapman bravely fights - and tragically loses - her battle with cancer. For the official trailer of the series, click here: https://youtu.be/1p71fXUY6v8

"My wife is, was, and always will be the heart and soul of 'Dog's Most Wanted,'" said Duane "Dog" Chapman. "Beth wanted nothing more than for the show to go on, and I am so proud of the legacy that she left behind. She lived and died for this show, and she would be so proud of how hard we worked bringing these criminals to justice."

Duane "Dog" Chapman went from convicted felon who spent time in prison, to the world's most sought after bounty hunter. Dog first came to prominence after pursuing and capturing FBI's Most Wanted fugitive and Max Factor cosmetics heir Andrew Luster. He then became a household name with his hit TV series "Dog the Bounty Hunter," which aired over 300 episodes in 10 years.

"WGN America is excited to share Dog's and Beth's latest and most exhilarating hunt with the world," said Gavin Harvey, President of WGN America. "The Chapmans are beloved by millions of fans for their relentless pursuit of justice and loyalty to each other and their family. 'Dog's Most Wanted' captures all of this in this riveting new series."

WGN America will air a two-day marathon of Dog's hit series "Dog The Bounty Hunter" on Tuesday, September 3rd and Wednesday, September 4th leading into the series premiere of "Dog's Most Wanted."

Always the warrior, Beth Chapman bravely focused all of her energy into producing and participating in "Dog's Most Wanted," all while aggressively fighting a terminal illness. Beth passed away on June 26, 2019 and is survived by her husband, children, stepchildren, countless grandchildren, and one great-grandchild.