Are you searching for Elena of Avalor TV series news? You’ve come to the right place!

Get all the latest information on the Elena of Avalor new tv show here at newshowstv.com. 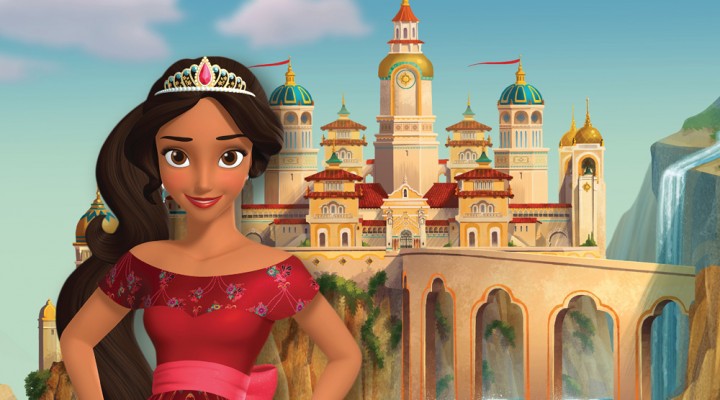 Princess Elena's journey began long ago when her parents and kingdom were taken from her by the evil sorceress, Shuriki. Elena bravely faced the sorceress to protect her little sister, Princess Isabel, and grandparents but in the process, her magical amulet pulled her inside its enchanted jewel, saving her life but imprisoning her at the same time. Decades later, Princess Sofia of Enchancia discovers the truth about the amulet she has worn since joining her royal family and sets out to restore Elena to her human form and help her return to the kingdom of Avalor.

Princess Elena receives new magical powers and, keeping her focus on the future of Avalor, proves herself ready to become Queen - but must first face the ultimate test of courage and character - in the third season of the animated "Elena of Avalor," premiering MONDAY, OCT. 7 (12:30-1:00 p.m. EDT), on Disney Channel and DisneyNOW. The Emmy(R) and Imagen Award-winning series is inspired by diverse Latin cultures and folklore.

"Elena of Avalor" premiered in July 2016 and made a connection with kids and families around the world. Princess Elena made her royal debut at Disney Parks that same year and continues to greet guests daily at Magic Kingdom Park in Walt Disney World Resort and makes special appearances at Disneyland Resort. Elena is also featured in the all-new "Disney Junior Holiday Party! On Tour" debuting Friday, Nov. 1.

"Elena of Avalor" was created and is executive produced by Craig Gerber. Silvia Olivas is co-executive producer and story editor, Elliot M. Bour is co-producer and supervising director, and Pilar Flynn is producer. The series' cultural advisors are Marcela Davison Avilés, founder of The Chapultepec Group, co-founder of the international Latino arts initiative Camino Arts, and director of Humanities Programs at the FDR Foundation at Harvard University; and Diane Rodriguez, associate artistic director of Centre Theatre Group and co-founder of the theatre ensemble Latins Anonymous and member of the National Council on the Arts.

John Kavanaugh is the series' songwriter/music director; Tony Morales is the composer, and acclaimed touring musician and Latin music instructor Rene Camacho serves as Latin music consultant. "Elena of Avalor" is a production of Disney Television Animation and carries a TV-Y parental guideline.