Are you searching for Family Law TV series news? You’ve come to the right place!

Best 2022-23 TV Shows
Get all the latest information on the Family Law new tv show here at newshowstv.com.

There are 100s of new 2022 TV shows and new 2023 series coming your way. Family Law Season 1 will be with us eventually, but when? We gather all the news on the series premiere of Family Law to bring you the most accurate Family Law coming soon news and premiere date. 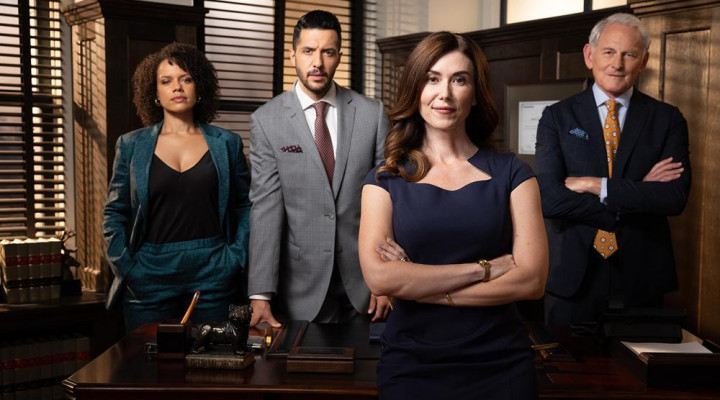 Whether Family Law is ultimately cancelled or renewed for Season 2 will be revealed, but one thing is for sure, Family Law is on our new and 2022 upcoming TV shows list!

The CW Network has acquired the one-hour Canadian drama series FAMILY LAW, distributed by Entertainment One (eOne) which stars Jewel Staite ("Firefly") and Emmy(R) and Tony(R) nominated Victor Garber ("DC's Legends of Tomorrow"), it was announced today by Kevin Levy, Executive Vice President, Program Planning, Scheduling and Acquisitions. The premiere of FAMILY LAW will be announced at a later date.

FAMILY LAW follows lawyer and recovering alcoholic Abigail Bianchi (Staite) struggling to put her career and family back together after hitting rock bottom. As a condition of her probation, Abby is forced to work at her estranged father Harry's (Garber) firm, Svensson and Associates, and practice in family law for the first time while forging new relationships with the half-brother Daniel (Zach Smadu, "Cardinal") and half-sister Lucy (Genelle Williams, "The Expanse") whom she's never met. The result is a dysfunctional family law firm operating to help other families with their own dysfunctions.

FAMILY LAW joins a growing slate of scripted acquisitions for The CW, which over the past year includes the one-hour drama LEONARDO starring Aidan Turner, Matilda De Angelis and Freddie Highmore, the half-hour comedy-drama BUMP starring Nathalie Morris and the international action series PROFESSIONALS starring Tom Welling, Brendan Fraser and Elena Anaya. Premiere dates for these series will be announced at a later date. Viewers have also been introduced to international hits such as the investigative drama CORONER starring Serinda Swan, supernatural comedy series WELLINGTON PARANORMAL, and the thriller DEVILS starring Alessandro Borghi and Patrick Dempsey, all of which will return for new seasons later this year.