Are you searching for Fierce! TV series news? You’ve come to the right place!

Best 2022-23 TV Shows
Get all the latest information on the Fierce! new tv show here at newshowstv.com.

There are 100s of new 2022 TV shows and new 2023 series coming your way. Fierce! Season 1 will be with us eventually, but when? We gather all the news on the series premiere of Fierce! to bring you the most accurate Fierce! coming soon news and premiere date. 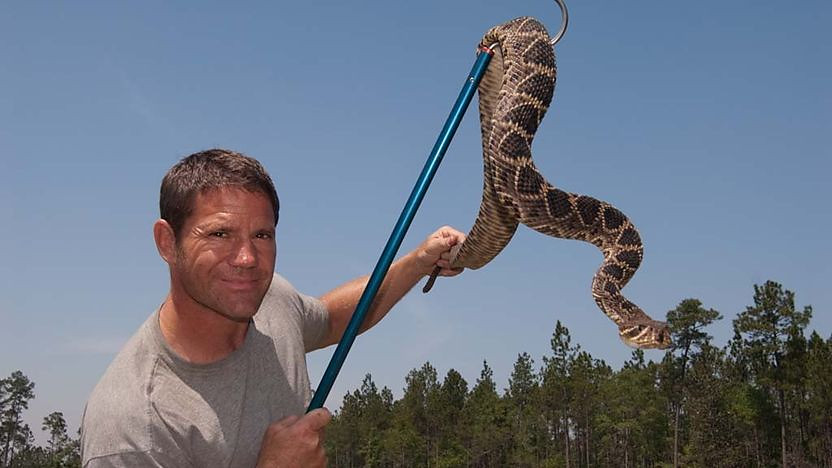 Whether Fierce! is ultimately cancelled or renewed for Season 2 will be revealed, but one thing is for sure, Fierce! is on our new and 2022 upcoming TV shows list!

Produced by Shiver, this 6x60’ series takes Steve on six epic adventures to Guyana, Mexico, Namibia, Indonesia, Australia and South Africa, where along the way he encounters the world’s most venomous snake, the Inland Taipan, gets perilously close to the largest carnivorous reptile in South America, the giant Black Caiman, attempts to track down the endangered Giant River Otter and stakes out the feisty and fearless Honey Badger.
As well as going eye-to-eye with American Crocodiles, swimming amongst Bull Sharks and narrowly escaping the jaws of the extraordinary Komodo Dragon, Steve also meets the people living cheek by jowl with these dangerous predators and those who have miraculously survived being attacked by them.
The beauty of the locations Steve visits belies the ‘kill or be killed’ reality of the environment for its wild inhabitants, which have developed fascinating and fierce physical adaptations and behaviours to survive in them, as he discovers.