Are you searching for The First Lady TV series news? You’ve come to the right place!

Best 2022-23 TV Shows
Get all the latest information on the The First Lady new tv show here at newshowstv.com.

There are 100s of new 2022 TV shows and new 2023 series coming your way. The First Lady Season 1 will be with us eventually, but when? We gather all the news on the series premiere of The First Lady to bring you the most accurate The First Lady coming soon news and premiere date. 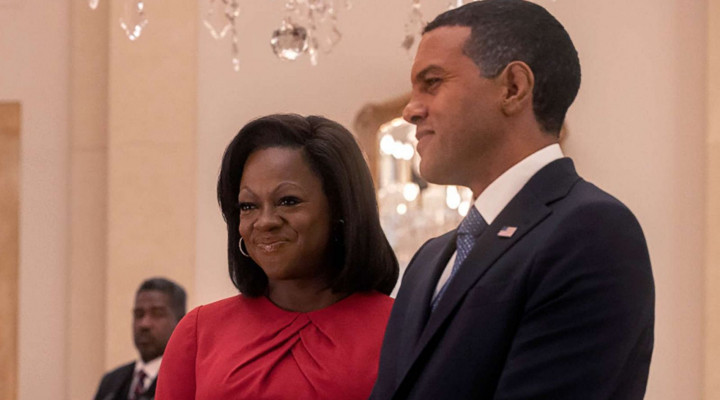 SHOWTIME has released the official trailer for THE FIRST LADY, which is set to premiere on Sunday, April 17 at 9 p.m. ET/PT. The new anthology drama stars Oscar(R), Emmy(R) and Tony winner Viola Davis (Ma Rainey's Black Bottom), as former first lady Michelle Obama, Oscar and Emmy nominee Michelle Pfeiffer (French Exit) as Betty Ford and Emmy and Screen Actors Guild(R) winner Gillian Anderson (The Crown) as Eleanor Roosevelt. Produced for SHOWTIME by Lionsgate Television, the 10-episode series, created by Aaron Cooley, is executive produced by Oscar winner Cathy Schulman (Crash), who also serves as showrunner, and Oscar and Emmy winner Susanne Bier (The Undoing) executive produces and directs all of season one. To watch and share the official trailer, go to:

Over the upcoming Presidents' Day weekend, SHOWTIME will shine a light on these extraordinary First Ladies by rolling out its marketing campaign, featuring out-of-home advertising and digital projections, near federal landmarks in highly trafficked travel locations, including New York, Philadelphia, Washington D.C., Los Angeles and Chicago.

THE FIRST LADY is a revelatory reframing of American leadership, told through the lens of the women at the heart of the White House. In the government's East Wing, many of history's most impactful and world-changing decisions have been hidden from view, made by America's charismatic, complex and dynamic First Ladies. The series will peel back the curtain on the personal and political lives of three unique, enigmatic women and their families, tracing their journeys to Washington, dipping into their pasts and following them beyond the White House into their greatest moments. Through interweaving storylines so intimate it's as if the White House walls are talking, season one focuses on the enlightening lives of Michelle Obama, Betty Ford and Eleanor Roosevelt.

SHOWTIME has given a series order to the first season of the hour-long drama FIRST LADIES, starring and executive produced by Oscar, Emmy and Tony(R) winner Viola Davis, who will play former first lady Michelle Obama. Produced by SHOWTIME and Lionsgate Television, the series will also be executive produced by Julius Tennon, Oscar winner Cathy Schulman (Crash, Five Feet Apart), Jeff Gaspin (Rhythm + Flow, L.A.'s Finest), Brad Kaplan (Mr. Church) and author Aaron Cooley (Four Seats: A Thriller of the Supreme Court), who created the series and will write. The announcement was made today by Jana Winograde, President of Entertainment, Showtime Networks Inc.

In the East Wing of the White House, many of history's most impactful and world-changing decisions have been hidden from view, made by America's charismatic, complex and dynamic first ladies. This series will peel back the curtain on the personal and political lives of these enigmatic women, with season one focusing on Eleanor Roosevelt, Betty Ford and Michelle Obama.

"Throughout our history, presidents' spouses have wielded remarkable influence, not only on the nation's leaders but on the country itself." said Winograde. "FIRST LADIES fits perfectly within the SHOWTIME wheelhouse of drama and politics, revealing how much personal relationships impact both domestic and global events. Having Viola Davis play Michelle Obama is a dream come true, and we couldn't be luckier to have her extraordinary talent to help launch this series."

Davis won Oscar, Golden Globe(R), BAFTA(R) and Screen Actors Guild Awards(R) for her performance in the feature film Fences, based upon the play for which she won a Tony Award. She also earned Emmy, Golden Globe and SAG Awards for her lead role in How To Get Away with Murder, for which she was a four-time Emmy nominee, as well as two additional Tony Awards for King Hedley II and Seven Guitars. Her career also includes Oscar, Golden Globe and SAG-nominated performances in The Help and Doubt, an Emmy-nominated guest performance in Scandal and a BAFTA nomination for Widows. Davis is a four-time NAACP(R) Image Award winner and 16-time nominee, beginning with her performance on the SHOWTIME series UNITED STATES OF TARA.