Are you searching for Florida Girls TV series news? You’ve come to the right place!

Get all the latest information on the Florida Girls new tv show here at newshowstv.com.

There are 100s of new 2022 TV shows and new 2022 series coming your way. Florida Girls Season 1 will be with us eventually, but when? We gather all the news on the series premiere of Florida Girls to bring you the most accurate Florida Girls coming soon news and premiere date. 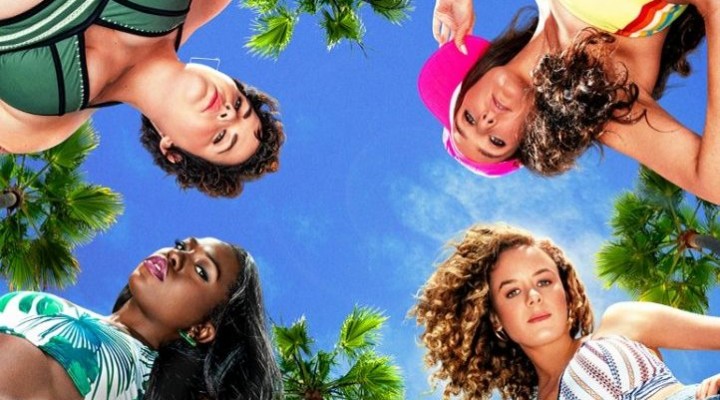 Series creator Laura Chinn ("The Mick") will star alongside Laci Mosley ("The Wedding Year"), Melanie Field ("Heathers") and Patty Guggenheim ("Splitting Up Together," "LA to Vegas") in Pop TV's newest scripted comedy, FLORIDA GIRLS, which starts production in early October. Inspired by Chinn's real life growing up on the West Coast of Florida, the 10-episode season follows four women who are forced to confront their stagnant lives when their only ambitious friend moves away to follow her dreams.

"These four incredibly talented and funny women are poised to bring their friendship and shared experiences to life in such an intrepid and imaginative way," says Justin Rosenblatt, EVP of Original Programming, Pop. "With this incredible cast in place, FLORIDA GIRLS promises to be a distinctive and relatable series produced by the powerhouse creative team of Lionsgate, 3 Arts, Jax and Laura."

Chinn will star as Shelby, the follower. She's a total screw-up who tries to better herself because she saw someone else do it.

Writer/producer/actress Laura Chinn most recently served as a producer for "The Mick" and a writer for "Grandfathered" and "Children's Hospital." Her previous acting credits include: "Happy Endings," "Grey's Anatomy," and "Warrior." Her comedic training began as a writer and performer at UCB Los Angeles and Boom Chicago in Amsterdam. Chinn is represented by 3 Arts and UTA.

Mosley stars as Jayla, the self-absorbed one. She's vain and banks hard on her looks as she pursues her lifelong dream of having exorbitant wealth.

Field stars as Kaitlin, the stunted one. She lives her life like she's still in high school and is the catalyst for all the year-round spring break insanity that Florida has to offer.

Screen and stage actress Melanie Field recently starred in "Heathers," a TV reboot based on the 1988 cult classic film. A graduate of New York University and Yale School of Drama, Field started her career working on Broadway in shows including "The Phantom of the Opera" and "Evita," as well as the First National Tour of "Wicked." She is represented by SDB and Authentic Talent & Literary Management and Hansen, Jacobson, Teller, Hoberman, Newman, Warren, Richman, Rush & Kaller.

Guggenheim plays Erica, the thief. She's that scrub friend who never has money and has no problem letting you pay, but will call you every day if you owe her five dollars.

Patty Guggenheim is currently in the "Main Company of the Groundlings." Her previous acting credits include: "The Middle," "Nobodies," "The Happytime Murders," "Two Broke Girls," "Mary + Jane," "Mike Tyson Mysteries" and "LA to VEGAS," and she produced and starred in "Barely Famous." Patty is currently recurring on "Splitting Up Together" on ABC. Guggenheim is represented by 3 Arts and APA.