Are you searching for Flowers TV series news? You’ve come to the right place!

Get all the latest information on the Flowers new tv show here at newshowstv.com.

There are 100s of new 2022 TV shows and new 2022 series coming your way. Flowers Season 1 will be with us eventually, but when? We gather all the news on the series premiere of Flowers to bring you the most accurate Flowers coming soon news and premiere date. 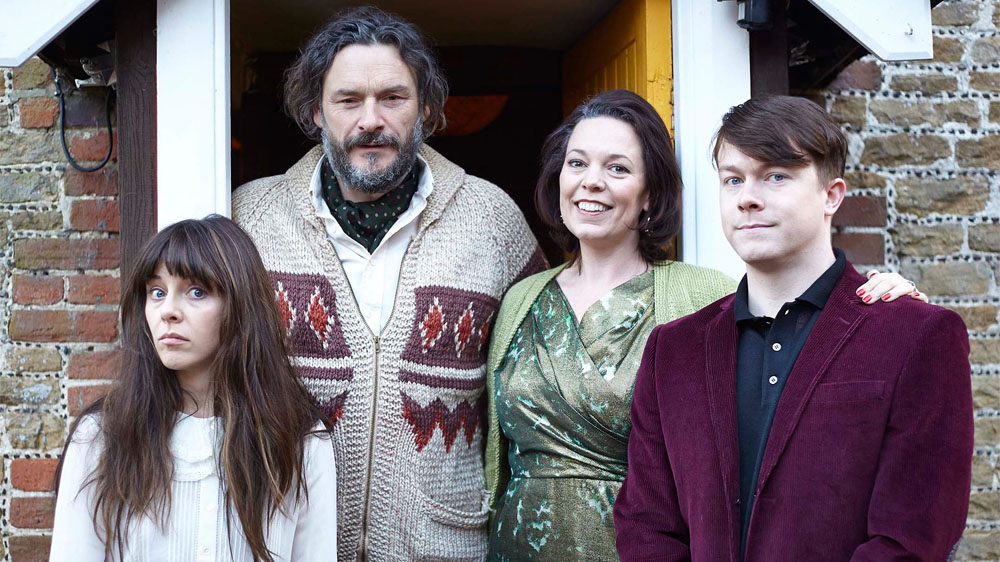 Whether Flowers is ultimately cancelled or renewed for Season 2 will be revealed, but one thing is for sure, Flowers is on our new and 2022 upcoming TV shows list!

Flowers is an imaginative, cinematic show about an eccentric and dysfunctional family struggling to hold themselves together. Maurice (Barratt), the author of illustrated children’s books The Grubbs, and music teacher wife Deborah (Colman) are barely together, but yet to divorce. As Maurice fights inner demons and dark secrets, Deborah tries to keep the family together at all costs and becomes increasingly suspicious that Maurice is in a secret homosexual relationship with his Japanese illustrator Shun (played by show creator Will Sharpe).
The Flowers family live in a creaky, messy, crumbling old house with Maurice's ailing mother Hattie (Leila Hoffman) and their maladjusted 25-year-old twins Amy (Sophia di Martino – Friday Night Dinner, Mount Pleasant) and Donald (BAFTA-winning Daniel Rigby - Eric and Ernie, Cardinal Burns, Undercover). Both are competing for the affection of neighbour Abigail (BAFTA-winning Georgina Campbell – Murdered By My Boyfriend) as they struggle to burst through the confines of their arrested development. Anna Chancellor plays Aunty Viv, Deborah’s vivacious sister.
Swinging from the profane to the profound, the Flowers family and their often self-inflicted crises, are surrounded by odd neighbours who become the agents of further heartache and misfortune. Despite living on top of each other the family will do anything to not communicate, pushing them and their struggles with love and life to extreme and ridiculous places.