Are you searching for Foodtastic TV series news? You’ve come to the right place!

Get all the latest information on the Foodtastic new tv show here at newshowstv.com.

There are 100s of new 2022 TV shows and new 2022 series coming your way. Foodtastic Season 1 will be with us eventually, but when? We gather all the news on the series premiere of Foodtastic to bring you the most accurate Foodtastic coming soon news and premiere date. 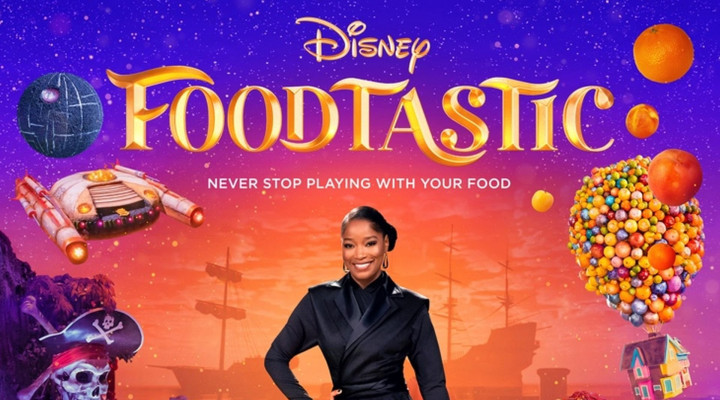 Whether Foodtastic is ultimately cancelled or renewed for Season 2 will be revealed, but one thing is for sure, Foodtastic is on our new and 2022 upcoming TV shows list!

Indulge in creativity when all episodes of the Disney+ original series "Foodtastic" are available to stream on Wednesday, December 15. Disney+ also revealed the series key art today. Hosted by the multitalented, Emmy(R) award-winning actress Keke Palmer, "Foodtastic" is an immersive global competition series in which highly skilled artists create extravagant scene work and larger-than-life sculptures made entirely out of food. From vegetables and butter to fruit and cheese, these everyday items are transformed into works of art. Each episode is rooted in iconic Disney IP and the food-based builds are an extension of that world. FLOUR SHOP founder Amirah Kassem and NYC's City Cakes founder chef Benny Rivera serve as food art experts on the series. "Foodtastic" is produced by Endemol Shine North America. In addition to Palmer, Josh Silberman, Sarah Happel Jackson and Endemol Shine North America's Sharon Levy, DJ Nurre and Michael Heyerman are executive producers.