Are you searching for From TV series news? You’ve come to the right place!

Best 2022-23 TV Shows
Get all the latest information on the From new tv show here at newshowstv.com.

There are 100s of new 2022 TV shows and new 2023 series coming your way. From Season 1 will be with us eventually, but when? We gather all the news on the series premiere of From to bring you the most accurate From coming soon news and premiere date. 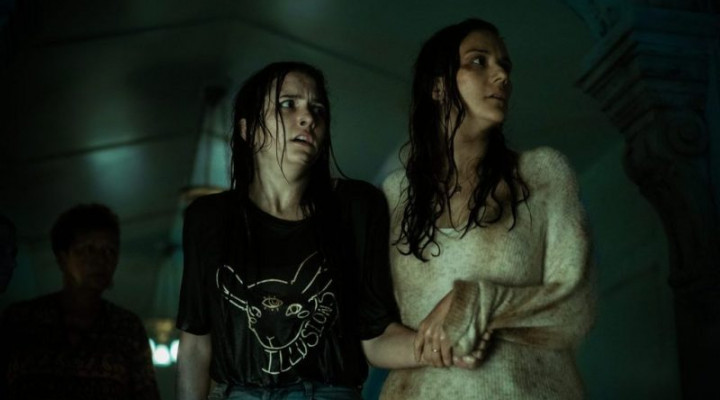 Whether From is ultimately cancelled or renewed for Season 2 will be revealed, but one thing is for sure, From is on our new and 2022 upcoming TV shows list!

EPIX(R) has released the first full-length trailer for their contemporary sci-fi horror series, From, premiering on February 20, 2022. Created and executive produced by John Griffin (Crater), directed and executive produced by Jack Bender (Lost, Game of Thrones, Mr. Mercedes), and executive produced by Showrunner Jeff Pinkner (Fringe, Alias, Lost), From features a stellar ensemble cast led by Harold Perrineau (Lost). The series unravels the mystery of a nightmarish town in middle America that traps all those who enter. As the unwilling residents fight to keep a sense of normalcy and search for a way out, they must also survive the threats of the surrounding forest - including the terrifying creatures that come out when the sun goes down.

From is a co-production between EPIX Studios and MGM International Television Productions, and is produced by Midnight Radio and AGBO. Production wrapped last month in Nova Scotia, Canada. The series will be distributed by Netflix outside of the U.S.