Are you searching for Ghosts of Morgan City TV series news? You’ve come to the right place!

Get all the latest information on the Ghosts of Morgan City new tv show here at newshowstv.com. 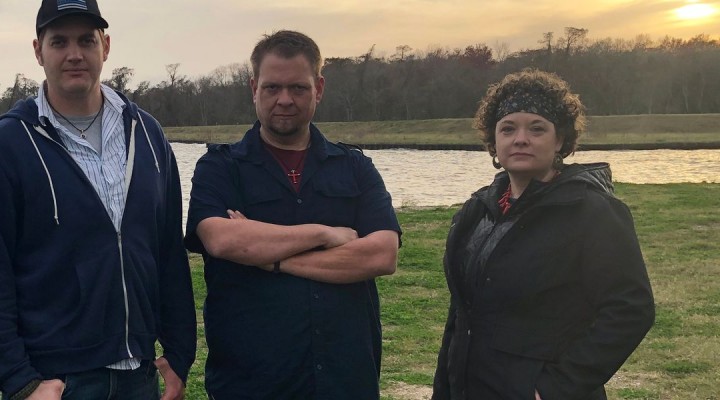 Morgan City, Louisiana, is experiencing an especially troubling spike of unusual emergency calls - unexplained encounters with the ghosts of the bayou city's turbulent past that are frightening its citizens. In the all-new Travel Channel series, "Ghosts of Morgan City," premiering on Friday, June 21 at 9 p.m. ET/PT, Police Chief James "Bo" Blair is now looking to his colleague from another jurisdiction for assistance.

Chief Blair learns that paranormal activity in Shepherdstown, West Virginia, has quieted down since that town's police chief, Mike King, worked with a specialty team to solve a rash of hauntings last year. IN SEARCH OF advice, Chief Blair contacts Chief King, eventually following his lead and recruiting local paranormal investigator Jereme Leonard, who teams up with former FBI agent Ben Hansen and psychic medium Sarah Lemos to look into the incidents. In each of the eight one-hour episodes, the paranormal team attempts to figure out what's causing the recent uptick of bizarre activity by looking for patterns and clues in the new cases they investigate.

With help from local historian Diane Wiltz, the team digs up the disturbing history associated with the area and begins crossing-over some of the restless spirits wreaking havoc on the small community. When they learn from Morgan City Mayor Frank "Boo" Grizzaffi that the hauntings have spread throughout the parish, the team begins working with the police departments of Patterson, Berwick and Franklin to uncover the truth behind the ghostly infestation of St. Mary Parish.

"We knew we had a whole new series when we heard about all the unnerving hauntings in the bayou," said Matthew Butler, general manager, Travel Channel. "Morgan City and surrounding St. Mary Parish are filled with rich history, deep-rooted superstitions and larger-than-life characters, and it's all set against the beautiful, yet eerie backdrop of Cajun Country."

In the premiere episode, Jereme Leonard, Ben Hansen and Sarah Lemos receive an emergency call from the Morgan City Police Department about a shapeshifting mist in the area. The puzzling details take on new meaning when they discover THE MIST has ties to the first female executed in Louisiana. As the case wraps up, the team receives more distressing calls from law enforcement outside Morgan City, sending them to every corner of the parish, looking for answers. From a plantation with a history of voodoo and a violent Civil War battle to a family home haunted by the spirit of a young girl to the team's own headquarters within the city's historic archives, each clue brings the group one step closer to ending a haunted tug of war.