Are you searching for Girls Cruise TV series news? You’ve come to the right place!

Get all the latest information on the Girls Cruise new tv show here at newshowstv.com.

There are 100s of new 2022 TV shows and new 2022 series coming your way. Girls Cruise Season 1 will be with us eventually, but when? We gather all the news on the series premiere of Girls Cruise to bring you the most accurate Girls Cruise coming soon news and premiere date. 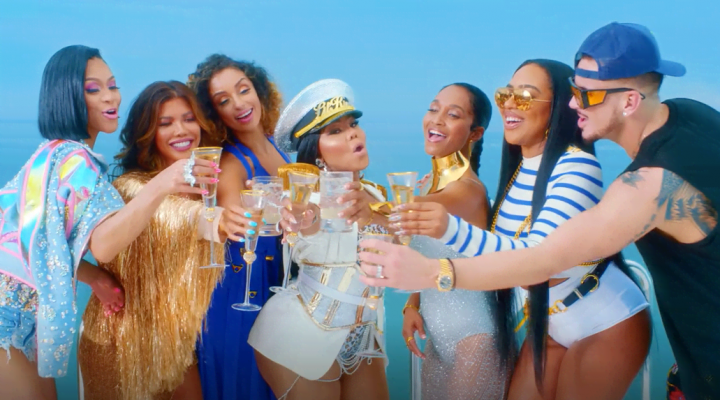 
Whether Girls Cruise is ultimately cancelled or renewed for Season 2 will be revealed, but one thing is for sure, Girls Cruise is on our new and 2022 upcoming TV shows list!

Music icon Lil’ Kim and her star-studded group of friends embark on a glamorous vacation of a lifetime in VH1’s “Girls Cruise,” premiering Monday, July 15th at 9PM ET/PT. Executive producer Lil’ Kim is joined by international superstars Mýa and Chilli, comedy’s new “it girls” Pretty Vee and B. Simone and long-time best friends Tiffany and Char in the evocative new series of self-exploration and sisterhood. As they travel through the Caribbean, the crew hits the high seas on an epic journey filled with hilarious adventures, emotional breakthroughs and spicy romances as they cultivate bonds and unapologetically live their best lives.

Lil’ Kim is a Grammy Award winner and the first woman in hip hop to score three consecutive Billboard number-one singles. She’s a multi-platinum rapper, actress and fashion icon who remains one of the most influential people in pop culture. Lil’ Kim is set to release her fifth studio album, “9,” this summer.
Chilli is a singer-songwriter, dancer and entrepreneur. In addition to being a member of the renowned musical group, TLC, Chilli is the founder of a nonprofit group, Chilli’s Crew, which works with young girls in Atlanta.
Mýa is a Grammy Award-winning international pop superstar and actress who broke into the mainstream with her platinum self-titled record. In addition to an extensive discography and film resume, Mýa has recently emerged as a leader in vegan lifestyle activism.
Pretty Vee is a rapper and comedian who stars on MTV’s “Wild ‘N Out.” She rose to prominence through her viral skits and characters, and has become a popular act in parody.
Simone is a rising comedian who also stars on MTV’s “Wild ‘N Out.” She has amassed a loyal fan base from her viral social media videos, and has headlined sold-out comedy tours.
Tiffany is an actress, model, host, dancer and entrepreneur with a long-standing friendship with Lil’ Kim. She is the founder of a lifestyle clothing brand and a philanthropist.
Char is a philanthropist, socialite, former model and entrepreneur who runs a successful candle business. He recently celebrated a marriage in what was called the “wedding of the century.”
Want more Girl’s Cruise? ‘LIKE’ “Girl’s Cruise” on Facebook, follow @GirlsCruise on Instagram and @GirlsCruiseVH1 on Twitter. Join the conversation using #GirlsCruise!