Are you searching for Great News TV series news? You’ve come to the right place!

Get all the latest information on the Great News new tv show here at newshowstv.com.

There are 100s of new 2022 TV shows and new 2022 series coming your way. Great News Season 1 will be with us eventually, but when? We gather all the news on the series premiere of Great News to bring you the most accurate Great News coming soon news and premiere date. 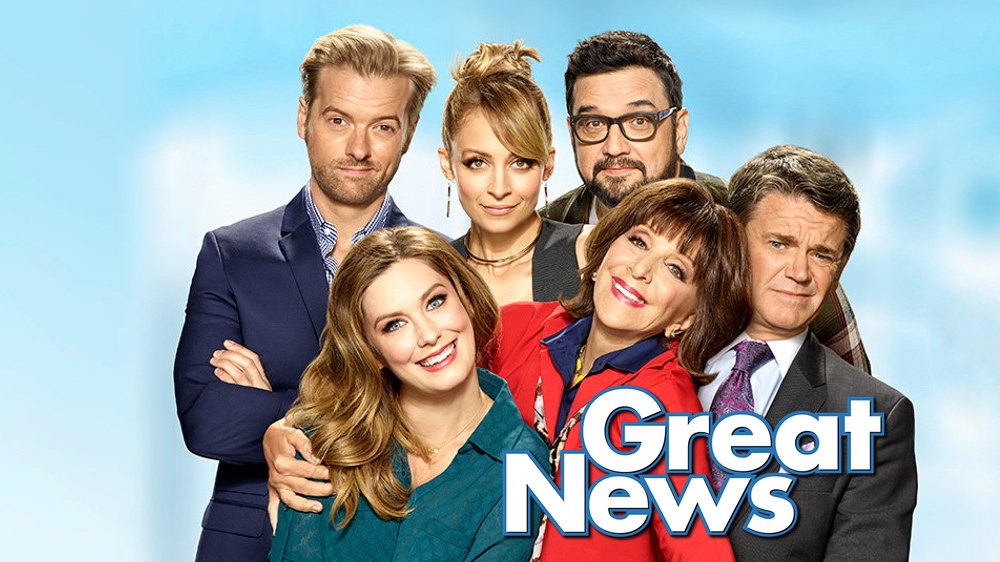 Whether Great News is ultimately cancelled or renewed for Season 2 will be revealed, but one thing is for sure, Great News is on our new and 2022 upcoming TV shows list!

Getting along with some colleagues can be rough, but working with your mom? That’s a whole other story. When Katie, an up-and-coming news producer, finds out her overbearing mom (Andrea Martin, “SCTV,” “My Big Fat Greek Wedding”) has rejoined the workforce as an intern at the station where Katie works, it might just be the worst news ever. But, with her biggest cheerleader at her side, Katie might finally get the recognition she deserves. The laughs hit close to home in this new office comedy from executive producers Tina Fey, Robert Carlock and the producers of “30 Rock.”
The cast includes Briga Heelan, Andrea Martin, Adam Campbell, Kimrie Lewis-Davis, John Michael Higgins and Horatio Sanz.
Tracey Wigfield serves as writer and executive producer. Tina Fey, Robert Carlock and David Miner also executive produce. Beth McCarthy-Miller directs. “Great News” is produced by Universal Television, Little Stranger and 3 Arts Entertainment.