Are you searching for Hard Cell TV series news? You’ve come to the right place!

Get all the latest information on the Hard Cell new tv show here at newshowstv.com.

There are 100s of new 2022 TV shows and new 2022 series coming your way. Hard Cell Season 1 will be with us eventually, but when? We gather all the news on the series premiere of Hard Cell to bring you the most accurate Hard Cell coming soon news and premiere date. 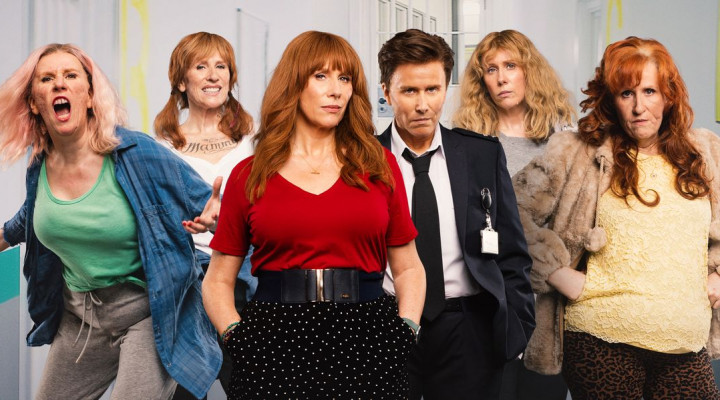 Whether Hard Cell is ultimately cancelled or renewed for Season 2 will be revealed, but one thing is for sure, Hard Cell is on our new and 2022 upcoming TV shows list!

Hard Cell is a documentary style comedy set in the fictional female prison, HMP Woldsley. Writer and creator Catherine Tate plays multiple characters from Laura Willis, the Governor who believes creativity leads to rehabilitation, to Big Viv, the psychopath lifer. Set over a 6 week period during which the inmates rehearse a musical directed by ex-Eastender's star Cheryl Fergison. Rehearsals draw together an oddball collection of women as they find their voices, grow in confidence and strengthen their friendships. Funny yet surprisingly moving, Hard Cell leans into the comical truth of prison life.