Are you searching for Hollington Drive TV series news? You’ve come to the right place!

Get all the latest information on the Hollington Drive new tv show here at newshowstv.com. 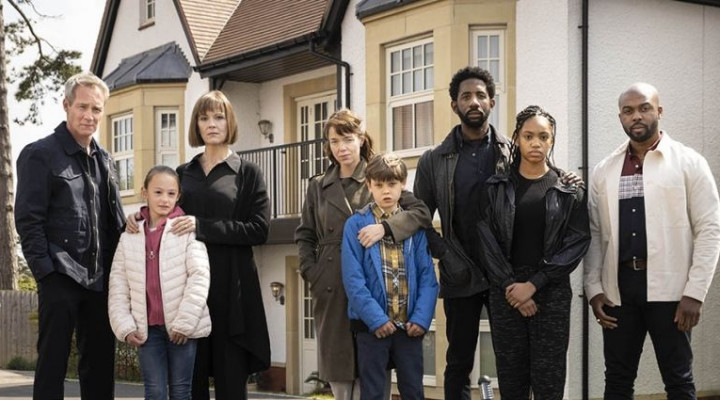 The unnerving, British crime thriller Hollington Drive is making its US debut on Sundance Now and AMC+ on Thursday, November 18. New episodes are set to debut weekly with the finale premiering Thursday, December 9. Hollington Drive focuses on the lives of two sisters, Theresa (Anna Maxwell Martin, Line of Duty, Motherland), and her older head teacher sibling, Helen (Rachael Stirling, The Bletchley Circle, Detectorists). After Theresa's ten-year-old son, Ben (Fraser Holmes), asks to play in the nearby park with his cousin Eva (Amelie Bea Smith, The Haunting of Bly Manor, EastEnders) and the children don't return on time, Theresa goes in search. Her suspicions are heightened when she finds the children on the edge of a woodland area, and they appear to be fighting. Immediately her instincts tell her something terrible has happened. This is all too realized when later that evening a distraught neighbor, Jean (Jodie McNee, Judy, Britannia), learns her ten-year-old son Alex (Hughie Hamer, Brave Bunnies, Medici) has gone missing. In a plot thick with secrets, lies, twists and turns, Theresa can't help thinking her son knows more than he is saying. Could Ben and his cousin Eva be implicated in Alex's disappearance? Why are they both so subdued and now behaving out of character? The neighborhood is compelled to help with the search for Alex, but what if he's been murdered and her own son is his killer?