Are you searching for Hypnotize Me TV series news? You’ve come to the right place!

Get all the latest information on the Hypnotize Me new tv show here at newshowstv.com.

There are 100s of new 2022 TV shows and new 2022 series coming your way. Hypnotize Me Season 1 will be with us eventually, but when? We gather all the news on the series premiere of Hypnotize Me to bring you the most accurate Hypnotize Me coming soon news and premiere date. 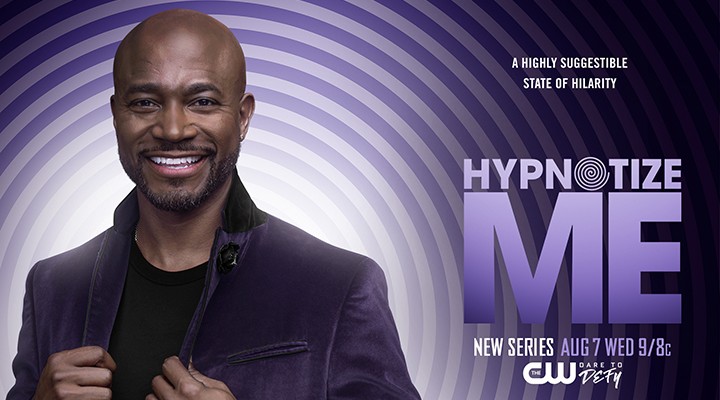 
Whether Hypnotize Me is ultimately cancelled or renewed for Season 2 will be revealed, but one thing is for sure, Hypnotize Me is on our new and 2022 upcoming TV shows list!

HYPNOTIZE ME is a comedy game show, hosted by Taye Diggs. Based on the hit U.K. format (“You’re Back In The Room”), the show features physical comedy and unpredictable situations, as contestants work together in teams and are challenged to complete a variety of simple, everyday tasks, from frosting a cake to blowing up balloons…after being hypnotized. With big money at stake, these contestants need to work together as a team. However, their entranced states cause hysterical hurdles that not only sabotage their progress, but reveal aspects of their personalities neither they, their family nor their friends have ever before witnessed! The series also features award-winning hypnotist Keith Barry, who stars in the original U.K. show, as resident hypnotist. *HYPNOTIZE ME* is produced by Tuesday’s Child and BBCLA Productions with executive producers Karen Smith (“Lego Masters”) and Joe Sungkur (“Dancing With The Stars”).