Are you searching for I’m Sorry TV series news? You’ve come to the right place!

Get all the latest information on the I’m Sorry new tv show here at newshowstv.com.

There are 100s of new 2022 TV shows and new 2022 series coming your way. I’m Sorry Season 1 will be with us eventually, but when? We gather all the news on the series premiere of I’m Sorry to bring you the most accurate I’m Sorry coming soon news and premiere date. 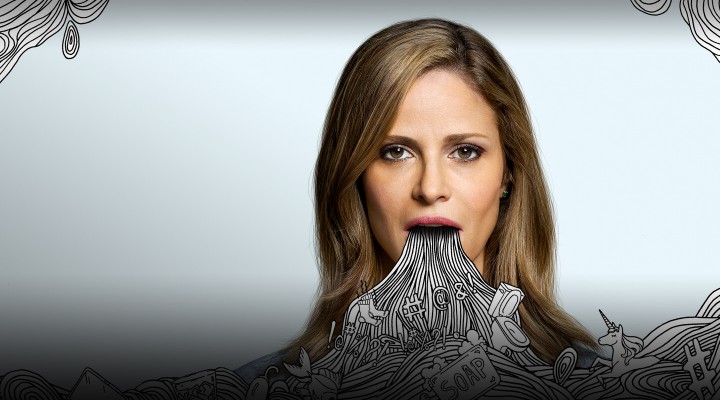 
Whether I’m Sorry is ultimately cancelled or renewed for Season 2 will be revealed, but one thing is for sure, I’m Sorry is on our new and 2022 upcoming TV shows list!

Los Angeles, June 18, 2019 – WarnerMedia’s truTV has announced the season three order for its unapologetically funny scripted comedy, I’m Sorry. From creator and star Andrea Savage (Veep, Episodes), I’m Sorry has broken through as a relatable, acclaimed series that has cultivated a passionate fanbase and defied industry trends by growing its audience and building momentum in its second season. The third season of the half-hour scripted comedy has been greenlit for 10 episodes and is slated to air on truTV in 2020.

I’m Sorry follows a confident comedy writer, wife and mom Andrea (played by Savage), who comically exposes her inner immaturity and neuroses through unexpected life situations. She is joined by her husband Mike (Tom Everett Scott), their inquisitive daughter Amelia (Olive Petrucci), and her divorced parents (Kathy Baker and Martin Mull), as well as a close circle of friends. In the series’ first two seasons, I’m Sorry has explored hilariously absurd yet undoubtedly relatable situations that have resonated with fans across all platforms since its debut in 2017.

Throughout its first two seasons, I’m Sorry has been lauded for its refreshing take and nuanced portrayal of the TV mom. The series has been called “blisteringly funny” (Mashable), “an unrepentant riot” (TV Guide), and “reliable, recommendable, satisfying, likeable, [and] consistent” (AV Club). With its edgy tilt, the series is a reminder that “you can be as disgusting as you wanna be, while also being thoughtful, even kind, about which lines you cross and why.” (Slate)

About the season three greenlight, Savage said, “I am so, so thrilled to have another season to prove wrong the theory that just because you are a mom, you are not allowed to find buttholes funny. #godswork”