Are you searching for Invincible TV series news? You’ve come to the right place!

Get all the latest information on the Invincible new tv show here at newshowstv.com.

There are 100s of new 2022 TV shows and new 2022 series coming your way. Invincible Season 1 will be with us eventually, but when? We gather all the news on the series premiere of Invincible to bring you the most accurate Invincible coming soon news and premiere date. 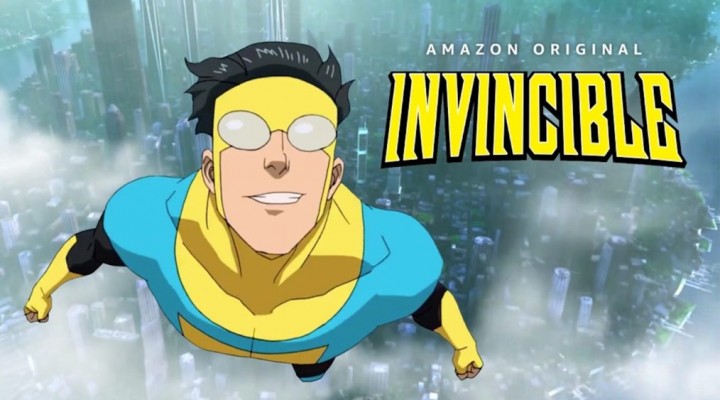 Whether Invincible is ultimately cancelled or renewed for Season 2 will be revealed, but one thing is for sure, Invincible is on our new and 2022 upcoming TV shows list!

CULVER CITY, Calif. - January 22, 2021 - Season one of Invincible, the new, hour-long, adult animation series from The Walking Dead's Robert Kirkman, will premiere Friday, March 26, 2021 exclusively on Prime Video in more than 240 countries and territories worldwide. The announcement was made today by Kirkman as part of a livestream conversation, hosted by Invincible superfan and comic aficionado Hector Navarro, commemorating the anniversary of Invincible comic #1. During the livestream, fans were treated to an extended clip from the series, featuring Steven Yeun as Mark Grayson (aka Invincible) and J.K. Simmons as Nolan Grayson (aka Omni-Man).

The first three episodes of season one will premiere Friday, March 26, with new episodes available each Friday following, culminating in an action-packed season finale April 30.

From The Walking Dead creator Robert Kirkman, and based on the Skybound/Image comic of the same name by Kirkman, Cory Walker, and Ryan Ottley, Invincible is an adult animated superhero show that revolves around seventeen-year-old Mark Grayson (Steven Yeun), who's just like every other guy his age - except that his father is the most powerful superhero on the planet, Omni-Man (J.K. Simmons). But as Mark develops powers of his own, he discovers that his father's legacy may not be as heroic as it seems.

The eight-episode, hour-long animated series will premiere globally on Amazon Prime Video in over 240 countries and territories in 2021

The teaser trailer gave fans their first look at what to expect from Kirkman's television adaptation of his iconic comic book, including fan-favorite characters, high-flying action, and all the gore audiences have come to expect from the Invincible comics.

Based on Kirkman’s popular comic book series of the same name, Invincible centers on Mark Grayson, a normal teenager apart from the fact that his father is the most powerful superhero on the planet.