Are you searching for Reacher TV series news? You’ve come to the right place!

Get all the latest information on the Reacher new tv show here at newshowstv.com.

There are 100s of new 2022 TV shows and new 2022 series coming your way. Reacher Season 1 will be with us eventually, but when? We gather all the news on the series premiere of Reacher to bring you the most accurate Reacher coming soon news and premiere date. 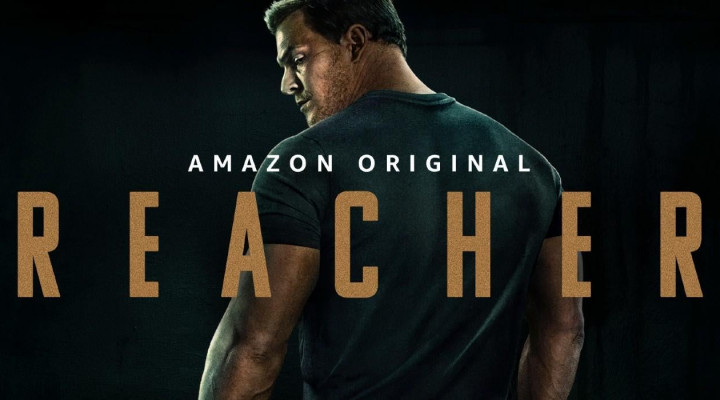 
Whether Reacher is ultimately cancelled or renewed for Season 2 will be revealed, but one thing is for sure, Reacher is on our new and 2022 upcoming TV shows list!

The series, based on the books by Lee Child, will premiere on February 4, 2022

CULVER CITY, California - December 2, 2021 - Today, Prime Video released the official trailer and key art for the upcoming series Reacher, starring Alan Ritchson and based on the novels by Lee Child. All eight episodes of the first season of the Amazon Original series will premiere exclusively on Prime Video on Friday, February 4, 2022 in more than 240 countries and territories worldwide.

Reacher follows Jack Reacher, a veteran military police investigator who has just recently entered civilian life. Reacher is a drifter, carrying no phone and the barest of essentials as he travels the country and explores the nation he once served. When Reacher arrives in the small town of Margrave, Georgia, he finds a community grappling with its first homicide in 20 years. The cops immediately arrest him and eyewitnesses claim to place Reacher at the scene of the crime. While he works to prove his innocence, a deep-seated conspiracy begins to emerge, one that will require Reacher's keen mind and hard-hitting fists to deal with. One thing above all is for sure: They picked the wrong guy to take the fall.

Season One of Reacher is based on Lee Child's first Jack Reacher novel Killing Floor, and is written for television by Emmy-nominated writer Nick Santora (Scorpion, Prison Break), who also executive produces and serves as showrunner for the series as part of his overall deal with Skydance Television. Further cast includes Malcolm Goodwin (iZombie) as Oscar Finlay, Willa Fitzgerald (The Goldfinch) as Roscoe Conklin, Chris Webster (Most Dangerous Game) as KJ, Hugh Thompson (Blessed Stranger: After Flight 111) as Baker, Maria Sten (Swamp Thing) as Frances Neagley, Harvey Guillén (What We Do in the Shadows) as Jasper, Kristin Kreuk (Smallville) as Charlie, Currie Graham (Murder in the First) as Kliner Sr., Marc Bendavid (Dark Matter) as Hubble, Willie C. Carpenter (Devious Maids) as Mosley, Maxwell Jenkins (Lost in Space) as Young Reacher, and Bruce McGill (My Cousin Vinny) as Mayor Teale. In addition to Santora, the series is executive produced by Lee Child, Don Granger, and Scott Sullivan, with David Ellison, Dana Goldberg, and Bill Bost for Skydance.

Jack Reacher, a drama based on the character from Lee Child's international bestselling series of books, which is published in 49 languages and 101 territories and has sold 100 million books to date. Produced by Amazon Studios, Skydance Television and Paramount Television Studios, the television series will be written by Nick Santora (Scorpion, Prison Break), who will also executive produce and serve as showrunner for the series. The first season will be based on the first Jack Reacher novel, "The Killing Floor."

"Lee Child has created an incredible character and world; it will be the goal of every writer, producer, actor, executive and crew member to capture the essence of Mr. Child's books - and luckily Lee has been there, and will continue to be there, to help guide us along the way in this series. He is the pulse of Reacher," said Santora.

"It's been great so far, but really, the fun starts here. By now I know these guys, and Reacher is in the perfect hands, believe me," said Child.

"Lee Child's Jack Reacher books series is a global phenomenon with one of entertainment's most well-known heroes, and a perfect fit for Amazon Studios' slate of bold, character-driven series," said Jennifer Salke, Head of Amazon Studios. "We look forward to expanding the of the Jack Reacher universe and bringing more thrilling action to our Amazon Prime Video audience."