Are you searching for Judge Steve Harvey TV series news? You’ve come to the right place!

Get all the latest information on the Judge Steve Harvey new tv show here at newshowstv.com. 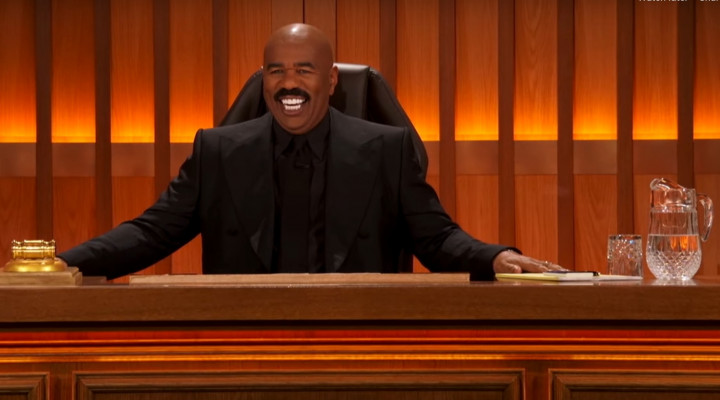 Steve Harvey serves as the judge, jury and star of "Judge Steve Harvey," a new one-hour unscripted courtroom comedy series premiering TUESDAY, JAN. 4 (8:00-9:00 p.m. EST), on ABC. Real-life people with real-life conflicts will present their case in his courtroom, ranging from family disputes, unpaid bets, sour friendships and everything in between. With the help of Nancy, his trusted bailiff by trade, Steve plays by his own rules, basing his courtroom on his own life experiences and some good old common sense. Watch a special sneak peek here. Watch episodes on demand and on Hulu the day following their premieres.