Are you searching for Lioness TV series news? You’ve come to the right place!

Best 2022-23 TV Shows
Get all the latest information on the Lioness new tv show here at newshowstv.com.

There are 100s of new 2022 TV shows and new 2023 series coming your way. Lioness Season 1 will be with us eventually, but when? We gather all the news on the series premiere of Lioness to bring you the most accurate Lioness coming soon news and premiere date. 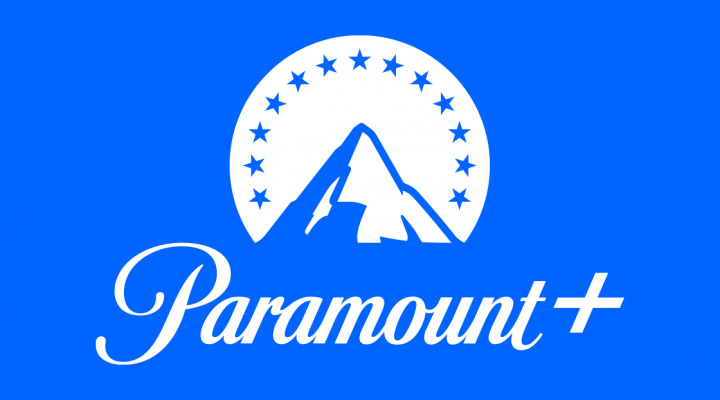 Whether Lioness is ultimately cancelled or renewed for Season 2 will be revealed, but one thing is for sure, Lioness is on our new and 2022 upcoming TV shows list!

Feb. 15, 2022 - Paramount+ today announced that Zoe Saldaña is set to star in and executive produce the service's upcoming drama series LIONESS, from Academy Award(R) nominee Taylor Sheridan. Academy Award winner Nicole Kidman, with her production company, Blossom Films, will join LIONESS as an executive producer. Produced by MTV Entertainment Studios and 101 Studios, the series will begin production in June 2022 with Tom Brady ("NOS4A2," "Colony") at the helm as executive producer and showrunner.

LIONESS is based on a real-life CIA program and follows a Marine recruited to befriend the daughter of a terrorist to bring the organization down from within.

"I am a huge fan of Taylor Sheridan's work and am honored to help him tell his next amazing story with LIONESS," said Tom Brady, showrunner and executive producer. "Taylor has created an epic, gripping, global spy thriller centered on a group of complex, strong women, and I can't imagine anyone better to help bring these characters to life than fellow executive producers Nicole Kidman and Zoe Saldaña."

"LIONESS is based on an incredible, largely unknown program between the CIA and special forces, where U.S. female soldiers would infiltrate the local community and gather intelligence," said David C. Glasser, CEO of 101 Studios. "Taylor has crafted an intense and gripping story within this uncharted world, and we are honored that it will be brought to life on Paramount+ through the acting and producing talents of Zoe Saldaña alongside executive producers Nicole Kidman and showrunner Tom Brady."

Actor and producer Zoe Saldaña is the only actress in history to have starred in both of the top-two highest-grossing films of all time: "Avatar" and "Avengers: Endgame." As a producer, she formed Cinestar Pictures along with her sisters Mariel and Cisely, producing contemporary, multicultural stories for everyone. Their limited series "From Scratch" is currently in post-production with Saldaña starring, and they are in post-production on "The Gordita Chronicles" and the feature film "Keyhole Garden." Saldaña's upcoming projects include the role of Neytiri in the highly anticipated series of "Avatar" sequels; "Guardians of the Galaxy Vol. 3"; and "The Adam Project." Previous credits include the "Star Trek" franchise, "Guardians of the Galaxy," "Guardians of the Galaxy Vol. 2," "Avengers: Infinity War," "Center Stage," "Crossroads," "Drumline," "Pirates of the Caribbean: The Curse of the Black Pearl," "The Losers," "Takers," "Colombiana," the mini-series "Rosemary's Baby," "Infinitely Polar Bear," "Nina," "Live by Night," and "Missing Link." She also lent her voice to the animated films "The Book of Life," "My Little Pony: The Movie," "Vivo," and "Maya and The Three." She made her directorial debut in 2011 with the short film "Kaylien."

Academy Award, Golden Globe, SAG and Emmy(R) Award winner Nicole Kidman most recently received yet another Academy Award nomination for her portrayal of Lucille Ball in "Being the Ricardos." In 2003, Kidman won an Academy Award for playing Virginia Woolf in Stephen Daldry's "The Hours," for which she also won a Golden Globe and a BAFTA Award. She has also been honored with Academy Award nominations for her performances in "Moulin Rouge!," "Rabbit Hole" and "Lion." Kidman also served as a producer on "Rabbit Hole," the first feature film produced under her production company, Blossom Films. Kidman received Golden Globe Awards for her performances in "To Die For" and "Moulin Rouge!" and received Golden Globe nominations for the films "The Others," "Billy Bathgate," "Cold Mountain," "Birth," "Rabbit Hole," "The Paperboy," "Lion" and "Destroyer." Additional feature credits include "Eyes Wide Shut," "Nine," "Killing of Sacred Deer," "Beguiled," "Boy Erased," "Aquaman," "Bombshell," "The Prom" and "Dead Calm." In late 2020, Kidman wrapped production on "The Northman." In television, Kidman received Emmy, Screen Actors Guild and Golden Globe nominations for "Hemingway and Gellhorn," and Emmy, Golden Globe, Critics Choice and Screen Actors Guild awards for "Big Little Lies." In 2021, she was nominated for a Golden Globe and SAG Award for her role in "The Undoing" and was nominated for a PGA Award in the category Outstanding Producer of a Limited Series. She also served as co-executive producer on her latest limited series, "Nine Perfect Strangers."

Tom Brady is a writer/producer, most recently serving as executive producer of the television adaptation of Joe Hill's novel NOS4A2. Prior to that, Brady served as a supervising producer and writer on "Colony." He got his start writing on four seasons of "Hell on Wheels," including serving as a producer on its final season.