Are you searching for My Little Pony: Friendship Is Magic TV series news? You’ve come to the right place!

Get all the latest information on the My Little Pony: Friendship Is Magic new tv show here at newshowstv.com. 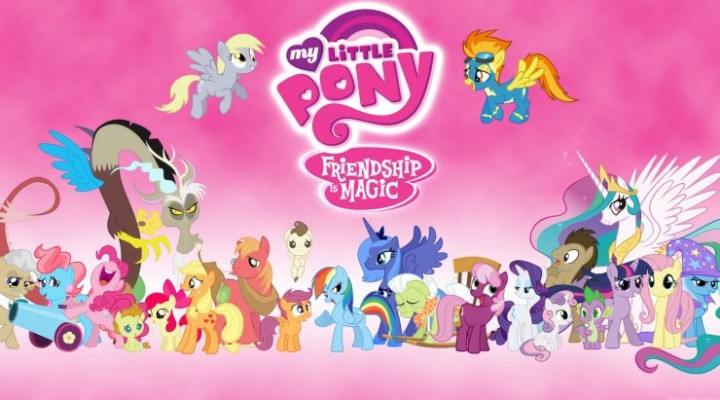 DISCOVERY FAMILY CHANNEL CELEBRATES THE SERIES FINALE OF "MY LITTLE PONY: FRIENDSHIP IS MAGIC" WITH A SPECIAL PRIMETIME EVENT ON SATURDAY, OCTOBER 12 at 8/7c

Long Running Animated Series To Conclude with a 90-Minute Supersized Episode on Saturday, October 12 at 8/7c

Exclusive Behind-the-Scenes Special "A Decade of Pony" to Premiere Friday, October 11 at 5/4c

(Miami, FL) - After nine years and 221 magical episodes of MY LITTLE PONY: FRIENDSHIP IS MAGIC, Discovery Family Channel is spreading the power of friendship in style with a primetime 90-minute series finale event on Saturday, October 12 at 8/7c. Leading up to the big night, viewers will also be treated to MY LITTLE PONY: FRIENDSHIP IS MAGIC - A DECADE OF PONY, an in-depth behind-the-scenes look at the making of the series premiering Friday, October 11 at 5/4c.The final episodes of the Allspark Animation produced series will also stream live and on demand on Discovery Family GO, the network's TV Everywhere app.

In the 90-minute series finale special, a villainous alliance unleashes their unified might on Equestria and it's up to the Mane Six to save the kingdom. Then, years later in the future, Princess Twilight is visited by a student with a friendship problem. As she attempts to solve it, she looks back on the times she and the Mane Six spent together.

The creators, animators and voice actors behind MY LITTLE PONY share their favorite memories from the past nine seasons and invite viewers into the recording studio to witness the magic that goes into making an episode in the new special MY LITTLE PONY: FRIENDSHIP IS MAGIC - A DECADE OF PONY. Fans will gain never-before-seen access to the making of the series featuring an historical overview of the brand and interviews with Mane Six cast members, creator Lauren Faust and others.

Additionally, viewers can catch up on classic adventures and watch the series from the beginning during the PONY PALOOZA programming takeover starting Sunday, October 6 at 6a/5c and running all week long during the day leading up to the final episode.

Launched in 2010, MY LITTLE PONY: FRIENDSHIP IS MAGIC follows the magical Princess Twilight Sparkle and her trusted dragon assistant Spike, who live in Ponyville in the enchanted land of Equestria, along with her colorful pony friends - honest Applejack, generous Rarity, kind Fluttershy, loyal Rainbow Dash and fun-loving Pinkie Pie. Together, they teach one another valuable lessons about the most powerful magic of all - the magic of friendship.