Home | Shows | Lost In The Wild

Are you searching for Lost In The Wild TV series news? You’ve come to the right place!

Get all the latest information on the Lost In The Wild new tv show here at newshowstv.com. 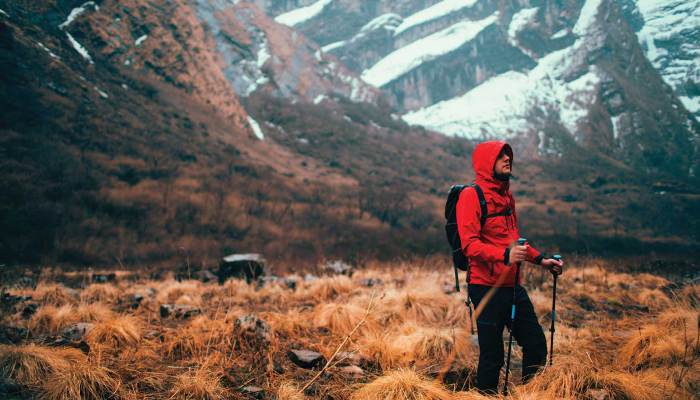 Lost In The Wild Status: Aired

In each one-hour episode, filmmaker and explorer J.J. Kelley and journalist Kinga Philipps retrace the harrowing steps of adventurers whose journeys took an unexpected turn for the worse. Picking up where the official investigation has ended, the duo sets off on foot to follow the path they believe will lead them to answers, interviewing witnesses and locals along the way. From trekking deep in the Amazon jungle in search of idealists looking for a lost city to climbing a treacherous mountain in Africa where dozens have vanished, the duo combine their wilderness and sleuthing skills to navigate their way toward the truth. Confronted with risky and uncertain situations, they test their own limits to investigate missed clues and new evidence behind these baffling cases.

"I've spent my life documenting the underbelly of the world, and the truth is always a few layers deep," said Kelley. "The answers to these stories may lie far off the beaten path, in a place where others didn't think - or dare - to look before. And that's where Kinga and I are headed."

"As a journalist and avid explorer, I readily dive headfirst into uncharted territory and take the unmarked road in order to reach new grounds," notes Philipps. "Between our investigative nature, wilderness expertise and relentless determination, J.J. and I will go as far as we can to find closure."

In the series premiere, Kelley and Philipps journey deep into the Panamanian jungle to solve the mystery of what happened to Lisanne Froon and Kris Kremers, two young Dutch women who disappeared on a hiking trail in 2014. Braving torrential rains and impenetrable darkness, they venture off the map in search of answers - following in the women's footsteps and matching their photos and phone records as they go. They find and attempt to cross the perilous cable bridge the Panamanian government says the women fell from and speak with the indigenous couple who discovered Lisanne's backpack in a small local village. Finally, their investigation culminates in an exclusive, explosive interview with a forensic pathologist, and the evidence he shares blows the lid off the "official" story.

Kinga Philipps and J.J. Kelley follow in the footsteps of three adventurers who went missing while searching for the fabled city of Akakor. Trekking deep in the Amazon jungle, they consult a local tribe about the existence of Akakor and its mysterious people. The pair discovers an abandoned village apparently overrun by vicious predators and examine the scene of a crime that still remains unsolved. In an exclusive first, they interrogate the man at the center of it all - an enigmatic tour guide named Tatunca Nara, who claims to be Akakor's chieftain.

Kinga Philipps and J.J. Kelley investigate the disappearances of Tom Young and Keith Reinhard - two men who disappeared mere months apart in the same mountains above Silver Plume, Colorado. Was it just coincidence? Could they have been victims of a vicious animal attack or a serial killer? Or could they actually have stumbled upon a darker secret - important enough to kill for? The pair consults local law enforcement, friends of the missing and a psychic medium for answers.

Kinga Philipps and J.J. Kelley investigate the mysterious disappearance of adventurer and social media star Justin Alexander, who in 2016 ventured into India's fabled "Valley of Death" and never returned. The pair attempts to track down Justin's porter, who may be the only person alive that knows what really happened to him. They uncover a never-released recording that challenges the official narrative and secure an interview with a holy man who reveals shocking information about Justin's guide. Ultimately, they confront a terrible truth about how one man's zest for life may have led him to his untimely death.