Are you searching for Maid TV series news? You’ve come to the right place!

Get all the latest information on the Maid new tv show here at newshowstv.com.

There are 100s of new 2021 TV shows and new 2022 series coming in 2021 and 2022. Maid Season 1 will be with us eventually, but when? We gather all the news on the series premiere of Maid to bring you the most accurate Maid coming soon news and premiere date. 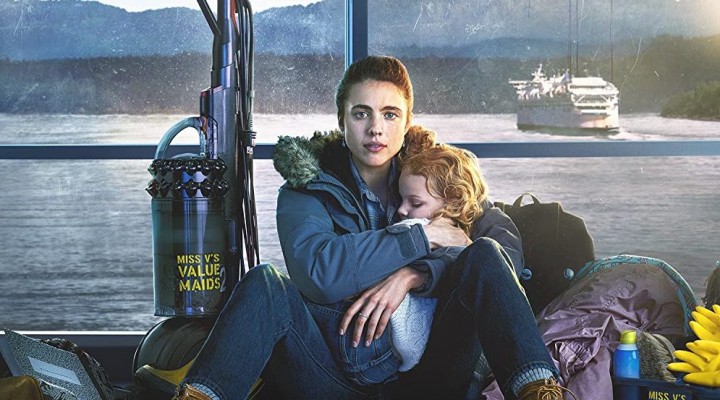 
Whether Maid is ultimately cancelled or renewed for Season 2 will be revealed, but one thing is for sure, Maid is on our new and 2021 upcoming TV shows list!

Based on the New York Times Best-selling memoir about one woman's incredible story of hard work, low pay, and a mother's will to survive. Starring Margaret Qualley, from the Producers of Shameless and Promising Young Woman.
MAID

Quote from MAID Showrunner, Executive Producer, and Writer Molly Smith Metzler: "When writers look to adapt material for the screen, we look for a hero. Someone who fights like hell, against all odds, to reach a goal. It's usually a title reserved for superheroes. But I found a hero in Stephanie Land's memoir, Maid. A riveting account of a single mother who leaves an abusive relationship and finds herself broke and homeless, MAID is a story about back-breaking hard work and the power of a mother's love. Our heroine in the series, Alex Russell (played by the incredible Margaret Qualley) is determined to give her daughter a better life while free-falling through a broken welfare system and cleaning houses for minimum wage. Told entirely through Alex's unfiltered and often funny POV, you're with this inspiring underdog for every moment. Every humiliation, heartbreak, triumph, and toilet brush."

Quote from Author and Executive Producer Stephanie Land: "I wrote a book so people who struggle to get by could see themselves represented in an authentic way, and they could feel less alone. MAID, the series on Netflix that was inspired by my book, continues that legacy in ways that absolutely blow my mind."

Synopsis: Inspired by the New York Times best-selling memoir, Maid: Hard Work, Low Pay, and a Mother's Will to Survive by Stephanie Land, MAID follows the story of Alex, a single mother who turns to housecleaning to - barely - make ends meet as she escapes an abusive relationship and overcomes homelessness to create a better life for her daughter, Maddy. Seen through the emotional yet humorous lens of a desperate but determined woman, this series is a raw and inspiring exploration of a mother's resilience.

Inspired by the powerful New York Times best-selling memoir Maid: Hard Work, Low Pay, and a Mother’s Will to Survive by Stephanie Land, Maid will chronicle a single mother who turns to housekeeping to—barely—make ends meet as she battles against poverty, homelessness, and bureaucracy. Told primarily through her point of view, Maid will be a beautiful, alive, gritty, and inspiring exploration of poverty in America.

LuckyChap Entertainment quote: “Stephanie Land’s book is a powerful and necessary read, with incredible insight into the struggles people face whilst just trying to get by. We are thrilled to partner with John Wells and his amazing team, as well as WBTV and Netflix, to help this story reach as wide of an audience as possible.”

John Wells quote: “Stephanie tells the searing and remarkably human story of a young woman battling to find a secure future for herself and her infant daughter, Mia, in the face of overwhelming odds and governmental assistance programs of impossible complexity. We're delighted to be able to partner with LuckyChap, Warner Bros, and the extraordinarily talented Molly Metzler to tell this moving story.”

Netflix quote: “Maid is a poignant portrait that chronicles Stephanie Land’s strife and victories, and has the power to connect with our members around the world as they identify with her struggles and root for her success. We’re excited to share the stories inspired by Stephanie’s book and bring them to life along with WBTV, John Wells Productions and LuckyChap Entertainment.” Channing Dungey, Vice President, Original Series, Netflix.