Are you searching for Masters of Disaster TV series news? You’ve come to the right place!

Get all the latest information on the Masters of Disaster new tv show here at newshowstv.com. 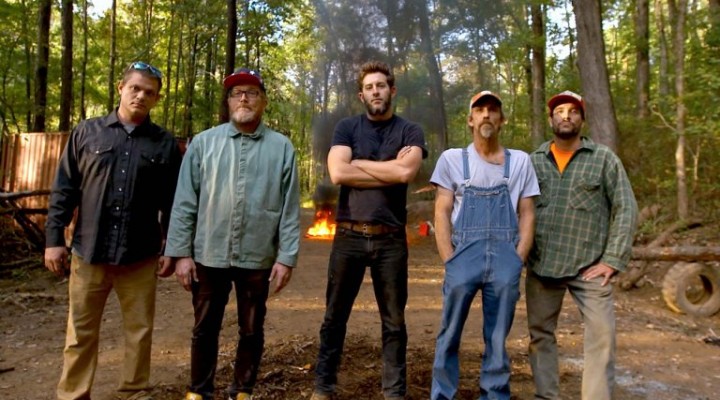 What’s old isn’t just new again, come doomsday, it’ll save your life! Whether threatened by hurricane, power outage or nuclear fallout, most of today’s devices that we rely on won’t work in a catastrophe—if the internet crashes and power fails modern technology could be rendered useless. Knowing this, survivalists and preppers are on the hunt for bygone technology that will work in any worst-case scenario.

Mechanic Beau Boruff, owner of Survival Research Inc., on the outskirts of Chattanooga, Tennessee, leads a talented crew of craftsmen who source, restore, and sell vintage objects that may be useful in any calamity. They are the subject of a new a new six-episode series, MASTERS OF DISASTER, premiering on Friday, May 3rd at 10 p.m. on Discovery. The series will also air on Science Channel following the Discovery premiere.

“Modern technology has transformed our lives but may not be able to help us in survival situations. Vintage tech that is reliable, durable, and easy to repair, will be what saves us,” said Marc Etkind, General Manager, Science Channel.

If there’s a run on gas stations, fuel is likely to become a top-tier commodity. But with an old-fashioned whiskey still, the team at Survival Research Inc., show how it can be used to create ethanol and power most modern gasoline engines. Among the other items restored in MASTERS OF DISASTER are: a 1950s OC-6 Crawler Tractor capable of climbing any terrain, a well drilling rig from the 1920s so you’ll never run out of fresh water, and even a Velocipede railroad handcar from the 1880s that could be your transportation lifeline if the highways are clogged.