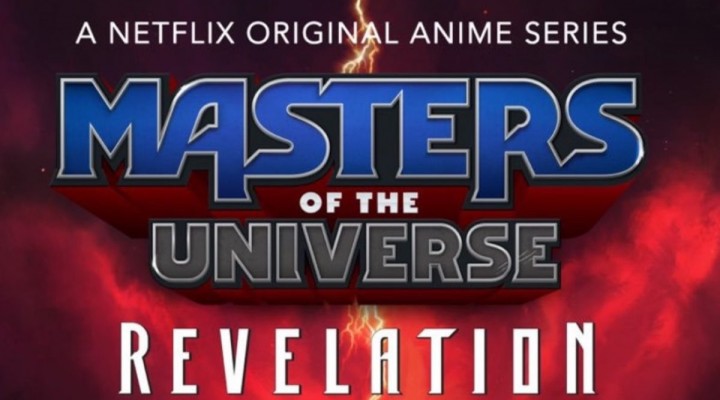 Also be sure to keep track of all the Masters of the Universe: Revelation 2021 TV premiere dates.

Netflix and Mattel Television today announced the all-star cast of the upcoming Netflix anime series, Masters of the Universe: Revelation, a series based on He-Man, Skeletor, Teela and the other classic characters of the Masters of the Universe franchise.
The series is being produced by Mattel Television with Adam Bonnett (Descendants ), Christopher Keenan (Justice League, Batman Beyond ) and Rob David (He-Man and the Masters of the Universe ) as executive producers.
Kevin Smith (Clerks, Chasing Amy ) will serve as showrunner and executive producer. In addition, Susan Corbin (Voltron ) will produce.
The cast includes:
Mark Hamill (Star Wars, Batman: The Animated Series ) as Skeletor
Lena Headey (Game of Thrones, 300 ) as Evil‑Lyn
Chris Wood (Supergirl, The Vampire Diaries ) as Prince Adam / He-Man
Sarah Michelle Gellar (Buffy the Vampire Slayer, Cruel Intentions ) as Teela
Liam Cunningham (Game of Thrones, Clash of the Titans ) as Man‑At‑Arms
Stephen Root (Office Space, Barry ) as Cringer
Diedrich Bader (Office Space, Napoleon Dynamite ) as King Randor / Trap Jaw
Griffin Newman (The Tick, Vinyl) as Orko
Tiffany Smith (Behind Enemy Lines, Supernatural ) as Andra
Henry Rollins (Johnny Mnemonic, Lost Highway ) as Tri‑Klops
Alan Oppenheimer (original Skeletor) (Westworld, He-Man and the Masters of the Universe ) as Moss Man
Susan Eisenberg (Wonder Woman, Justice League ) as Sorceress
Alicia Silverstone (Clueless, Batman & Robin ) as Queen Marlena
Justin Long (Galaxy Quest, Live Free or Die Hard ) as Roboto
Jason Mewes (Clerks, Jay and Silent Bob Strike Back ) as Stinkor
Phil LaMarr (Mad TV, Justice League ) as He-Ro
Tony Todd (Candyman, Star Trek: The Next Generation ) as Scare Glow
Cree Summer (DC Super Hero Girls, Vampirina ) as Priestess
Kevin Michael Richardson (The Batman, ThunderCats ) as Beast Man
Kevin Conroy (Batman: The Animated Series, Crisis on Infinite Earths ) as Mer-Man
Harley Quinn Smith (Once Upon a Time…in Hollywood, Jay and Silent Bob Reboot ) as Ileena
Masters of the Universe: Revelation will focus on the unresolved storylines of the iconic characters, picking up where they left off decades ago.
Marc Bernardin (Castle Rock, Alphas ), Eric Carrasco (Supergirl ), Diya Mishra (Magic the Gathering ) and Tim Sheridan (Reign of the Supermen ) are writers on the series.
Animation for the series is being done by Powerhouse Animation (Castlevania ).
“Masters of the Universe: Revelation is for the fans. Kevin Smith, as well as the rest of the all-star cast, share our love and passion for the iconic franchise and the deeper meaning of the property. At its core, Masters of the Universe is all about wanting the power to be the best version of yourself, and the series will bring this message to life in an entirely new way.” – Rob David, Executive Producer, Masters of the Universe: Revelation
“I cannot believe the lineup of talent I get to play with! The incredible, star-studded cast that Mattel’s Rob David and Netflix’s Ted Biaselli assembled for our Masters of the Universe series will let any lifelong He-Man fan know we’re treating this cartoon seriously and honoring the legendary world of Eternia with A-list talent! Chris, Sarah, Mark, Lena and the other amazing actors and actresses have given performances so powerful and real in a show that features a talking giant green tiger! With these fantastic performers behind our characters, it’ll be crazy easy to immerse yourself in the swords and sorcery of our epic sci-fi soap opera!” – Kevin Smith
Mattel’s (NASDAQ: MAT) reboot of the classic Masters of the Universe franchise also includes a comic book series by DC Comics (available now), reimagined versions of the 80’s toys (hitting retail shelves in the fall of 2020), a CG-animated series with Netflix (He-Man and the Masters of the Universe ) and a feature film.